With gold at the highest in more than six years, Newmont Corp. is promising shareholders a 79-per-cent hike in its quarterly dividend.

It’s also streamlined its name. The 2019 mega-merger that created Newmont Goldcorp Corp. also set up a clunky word echo in its moniker which has finally been fixed by dropping “Goldcorp.”

The Greenwood Village, Colorado-based miner said Monday it plans to increase its quarterly dividend to 25 cents US a share, from 14 cents US, starting in April, subject to board approval. The miner also said it will continue to buy back stock, as previously announced, up to a total of US$1 billion. Newmont retired US$506 million in stock through the program in the fourth quarter.

In an interview last month, Palmer said the stock repurchase plan was a “unique opportunity” and signaled that Newmont would likely use dividends to reward shareholders in 2020, provided gold prices stayed elevated. Gold hit its highest level since 2013 on Monday amid soaring tensions between the U.S. and Iran. 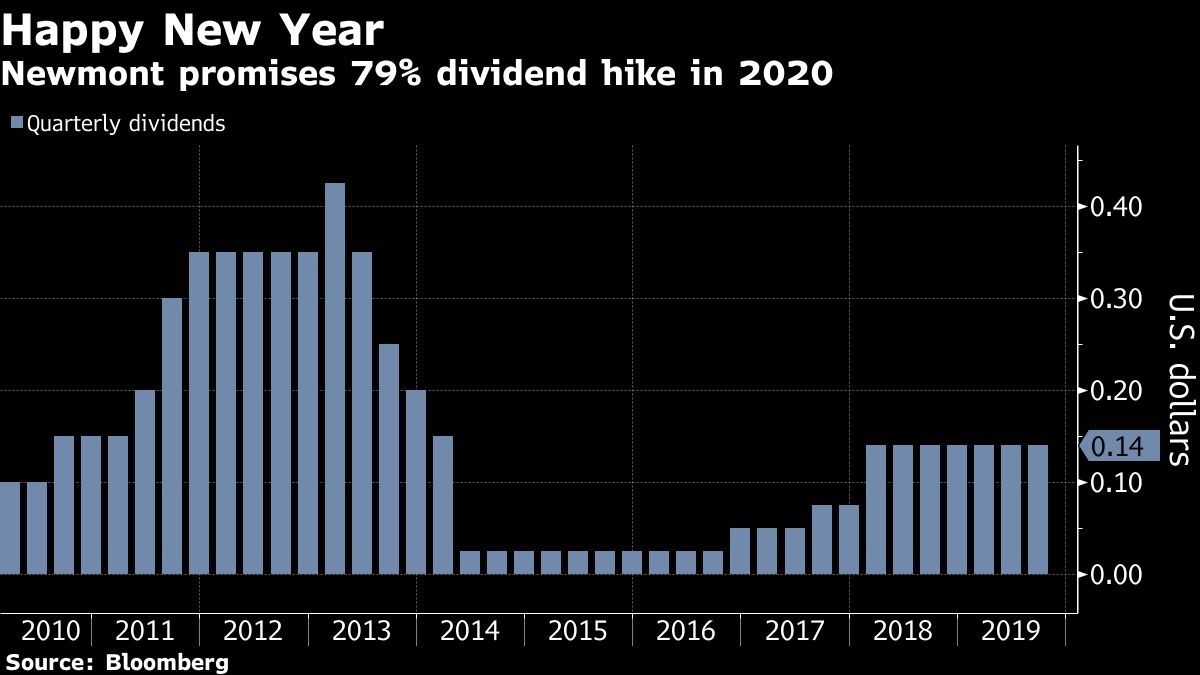