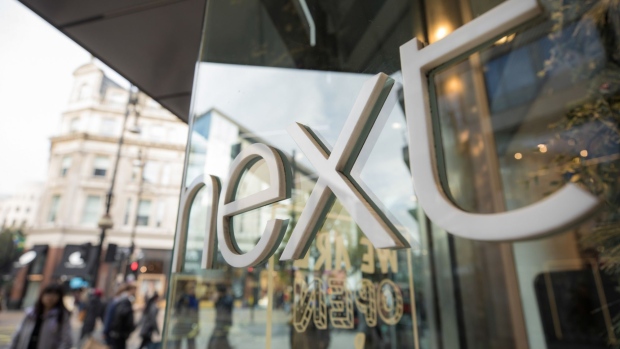 Next Plc raised its profit forecast again as shoppers returned to stores after the end of lockdowns, fueling sales at the U.K. fashion chain.

In an unscheduled trading update, the British clothing chain, a mainstay of many malls and main streets, now expects full-year pretax profit of 750 million pounds ($1 billion). That’s up 30 million pounds from its previous guidance. The higher profit outlook comes even after the retailer decided to repay 29 million pounds of tax relief it received from the government during the pandemic.

Next’s bullish outlook means it also now expects full-price sales for the rest of the year to grow 6% -- double the previous pace. The company plans to distribute excess cash to shareholders through special dividends.

The chain cited a number of possible reasons for the sales surge, including pent up demand for adult clothing. Many customers, locked down for months, have made few summer purchases and warm weather at the end of May and beginning of June probably helped spur the purchases, according to Next.

The company also said people were taking fewer holidays overseas as a result of travel restrictions which “likely has increased domestic spending.” Next also believes that many consumers saved more during the pandemic.

Next sells its own range of fashion and third-party brands online. The retailer recently set up Total Platform, a unit that allows other brands to use its IT, warehousing and logistics network for their own e-commerce business.