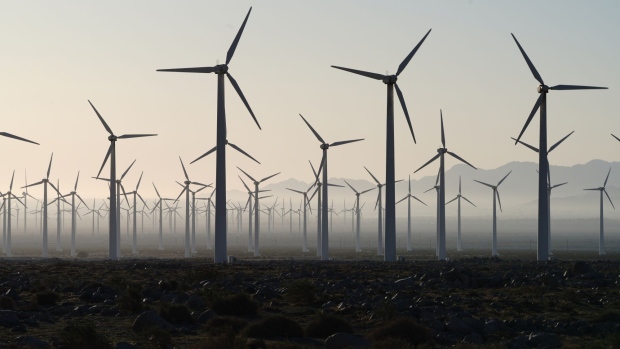 The clean-out followed a consultation “to enhance index diversification, improve transparency, further reduce the index’s carbon footprint, and align the index methodology with market trends and sustainable investing norms,” according to a spokesperson. They declined to comment on specific companies.

Firms are coming under increasing scrutiny from investors over environmental concerns. In April, S&P said it would remove Adani Ports from the Dow Jones Sustainability Indexes because of its links to the Myanmar military. Its stock dropped as much as 5.5%.

Seven of the 15 companies removed from the Global Clean Energy Index are American, including solar and wind giant NextEra, a $160 billion company that’s taken heavy advantage of government subsidies to grow its portfolio. A NextEra representative declined to comment.

S&P said the firm was removed due to a rise in its carbon-to-revenue footprint standard score, calculated by Trucost, its ESG intelligence arm.

Enel SpA, the Italian utility, was removed for the list due to an update to its exposure score, S&P said. Enel declined to comment.

Drax, which was excluded after its carbon-to-revenue footprint standard score rose, has come under scrutiny from campaigners for claims that its biomass-fueled power stations can operate with carbon neutrality. Chief Executive Officer Will Gardiner also said last month that it could keep its coal-fired power plants operating to help U.K. energy supply.

“Drax’s biomass meets the highest sustainability standards,” a Drax spokesperson said in a statement, adding that the firm has reduced its carbon emissions by more than 90% in the last decade and plans to be carbon negative by 2030. S&P still includes biomass generation within the scope of renewable generation for the purposes of the index.