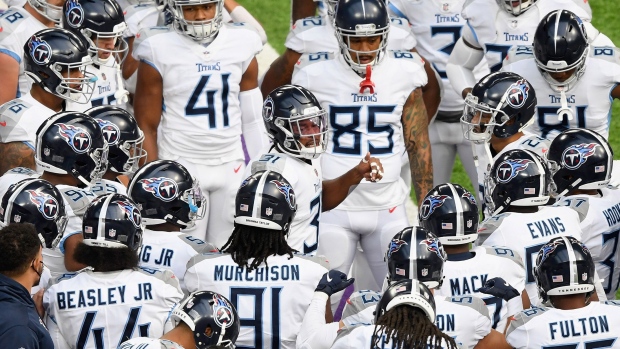 The NFL has its first postponement due to COVID-19, a troubling milestone for a league with scant capacity for scheduling changes.

The Tennessee Titans were scheduled to play the Pittsburgh Steelers on Oct. 4, but after eight Titans players and staff tested positive, the team was forced to shut down its facility Tuesday.

A ninth member of the Titans organization tested positive for the virus, the NFL Network reported on Wednesday. The person who tested positive was identified as a player, bringing that total to four.

The National Football League said Wednesday that the game will be played either next Monday or Tuesday.

With just one bye week built into the schedule for each team, the NFL season is highly susceptible to disruption from any outbreaks. If multiple games were to be canceled, the league would be forced to consider determining playoff eligibility with teams having played an unequal number of games or, potentially, by pushing back the Super Bowl, which is scheduled for Feb. 7 in Tampa, Florida.

In response to the positive tests, NFL Commissioner Roger Goodell sent a letter to teams saying they should “revisit the steps they have taken to minimize the number of close contacts, particularly while traveling and within position groups, and should review their procedures for bringing in new players for tryouts and possible signing.”

Goodell also said in the memo that positive tests weren’t unexpected and that the league has protocols in place to isolate and monitor those who contract the virus to limit its spread.