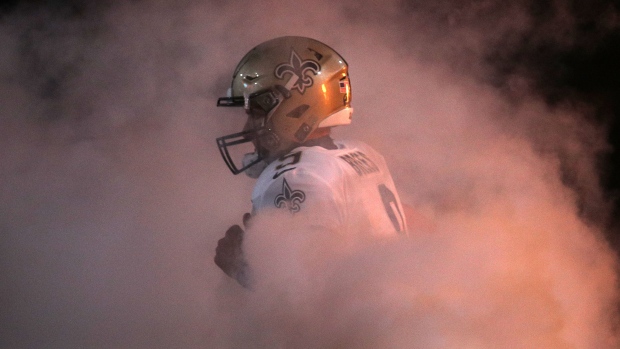 As part of an exclusive two-year agreement, Verizon will be the “official 5G innovation partner” of the NFL. The largest U.S. wireless carrier will help enlist developers to create 5G-enhanced live NFL games for mobile phones, as well as in-stadium video feeds and multiangle camera positions for home viewers, according to the plan.

“If you deliver the right experience for our fans, the revenue will follow,” NFL Commissioner Roger Goodell said in an interview. “To us, it’s more important to create those experiences, use the technology, use the innovation, create those opportunities for fans to engage with our game in different ways.”

The NFL deal provides Verizon a high-profile venue to test new 5G capabilities. The carrier is in a race with rivals such as AT&T Inc. and T-Mobile US Inc. to be the first to turn 5G technology investments into actual revenue.

“We’ve had a long relationship with the NFL, making connections between technology and sports,” Verizon Chief Executive Officer Hans Vestberg said in an interview. “This 5G partnership is the first of its kind in the world.”

The arrival of nationwide 5G networks is still a year or two away. In fact, many of the airwaves needed to support the next generation of wireless advances have yet to be licensed.

Vestberg said public venues like sports arenas and stadiums will be some of the first sites fitted with 5G technologies. The high-speed, high-capacity networks will help deliver fans more features to augment the experience, he said. “You will be able to get data in real time and get replays on your screen in your seat.”

Starting in April, Verizon will offer a 5G service for an additional $10 a month for customers with unlimited plan. They’ll need to use a Motorola 5G-equipped phone.