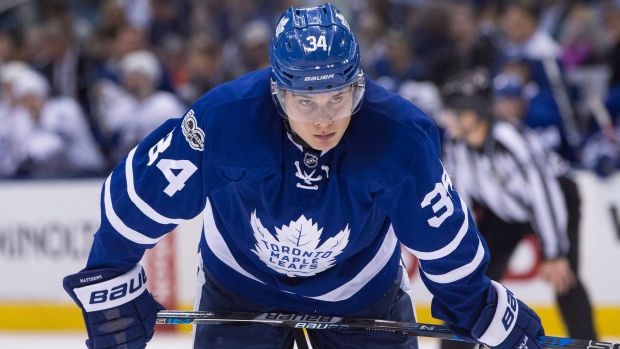 After a year in the wilderness, most of Canada’s National Hockey League franchises are set to return to the Stanley Cup Playoffs next week.

All seven of Canada’s NHL teams missed the cut last year, but five have clinched a berth in the post-season. One sports marketing expert tells BNN that each playoff home game these franchises earn significantly boosts the team’s bottom line.

“The [Toronto] Maple Leafs in the past have generated as much as [between $1-2] million per home date,” Vijay Setlur, Sport Marketing Instructor at York University’s Schulich School of Business told BNN. “So, it’s really imperative that the Canadian teams get as far as they can in the playoffs because the further they go in the playoffs, the more gate revenue they can receive and a long playoff run is more money in the coffers.”

The Montreal Canadiens, Ottawa Senators, Toronto Maple Leafs, Calgary Flames and Edmonton Oilers have qualified for the post-season. The Maple Leafs, meanwhile, can clinch a spot by winning one of their two remaining regular season games or if the Tampa Bay Lightning and New York Islanders lose one of their remaining contests.

The 2016 playoffs marked the first time since 1970 that the post-season did not feature a single Canadian team. Of course, that year there were only two franchises outside the U.S. – the Canadiens and Maple Leafs – as opposed to the seven that failed to make the grade last season.

The turnaround for some of those franchises has been dramatic, especially in Edmonton, where sophomore Connor McDavid leads the NHL in points and in Toronto where a rookie crop, headlined by Auston Matthews, has awakened a fan-base reeling from a last-place finish in 2015-16.

Setlur believes fresh faces add to an already compelling narrative in the quest for one of the oldest trophies in professional sports.

“It’s great compelling television and that’s what helps jack up the ratings,” he said. “People want to see what these young guys can do in the fire and whether they can actually lead their teams to the promised land.”

SKIN IN THE GAME: WHAT THE PLAYOFFS MEAN FOR THE OWNERS OF CANADA'S QUALIFIED TEAMS

Vijay Setlur sat down with BNN.ca and provided a team-by-team breakdown of what's at stake for each team's bottom line during the NHL's "second season". 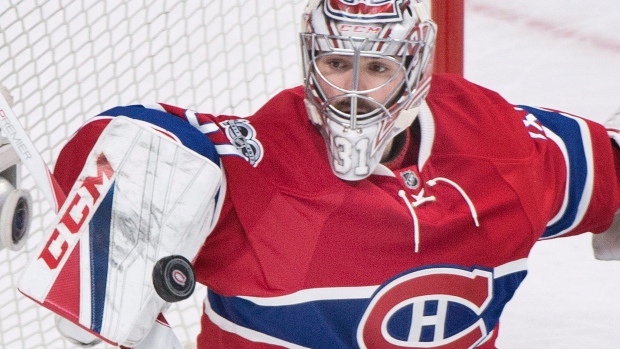 Last playoff appearance: The Habs have not endured a long playoff drought. They last appeared in the post-season in 2015, getting eliminated in the second round by the Tampa Bay Lightning.

Ownership: The Canadiens are owned by a consortium led by CEO Geoff Molson and his brothers Andrew and Justin. The ownership group also includes stake held by Bell Canada (BCE.TO) and the Thomson family's Woodbridge Group.

What's at stake: "They’ve been perennial playoff participants for the past few years. It’s a testament to the teams they have and they’ve been able to make deep runs. They haven’t made it to the Cup Final, unfortunately (since 1993), but every home date is a significant amount of revenue for the club and for the Molsons. They’ve been working on a real estate development (the Tour des Canadiens development)... This is almost like a bonanza. Every home game, every win allows for the cash register to ‘ch-ching’." 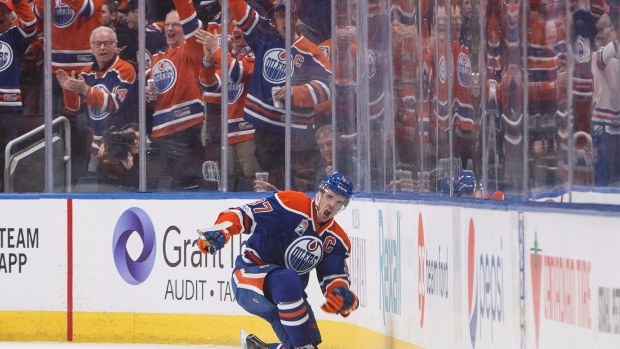 Last playoff appearance: It's been a long time coming for the Oilers, who have not played a single playoff game since losing Game 7 of the 2006 Stanley Cup Final to the Carolina Hurricanes.

Ownership: The team is owned by Oilers Entertainment Group, a subsidiary of the Katz Group of Companies. Daryl Katz is an Edmonton-based businessman whose pharmacy business included the likes of Rexall and Pharma Plus.

What's at stake: "The Oilers are in a great position in the sense that they have a franchise player (in captain Connor McDavid) and they just moved into the Rogers Place which some say is one of the most if not the most technologically-sophisticated arena in the world. It’s almost like a perfect storm has hit the Oilers franchise… On top of that, because of the development around the arena that they’ve been building, it will continue to draw attention to that and it’ll help them draw businesses to that entertainment district." 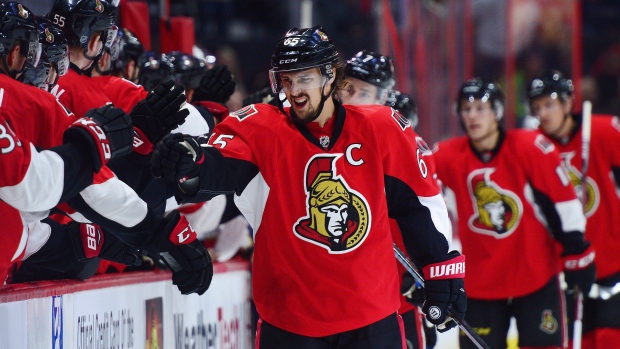 Last playoff appearance: Like the Canadiens, the Senators have only endured a one-year playoff absence. However, it was at Montreal's hands that the team's last run ended, bowing out to the Habs in the first round in 2015.

Ownership: The Senators are solely owned by Eugene Melnyk, the Toronto-born founder of Biovail Corporation. Established in 1991 the pharmaceutical company merged with Valeant Pharmaceuticals (VRX.TO) in 2010.

What's at stake: "They’ve had some struggles this year when it comes to attendance... There were a lot of concerns with that, coupled with the Senators potentially building a new arena at LeBreton Flats. A deep playoff run is going to help make the case for them to get that new arena approved and built in downtown Ottawa. It’s really critical, I believe, that they move downtown and out of Kanata." 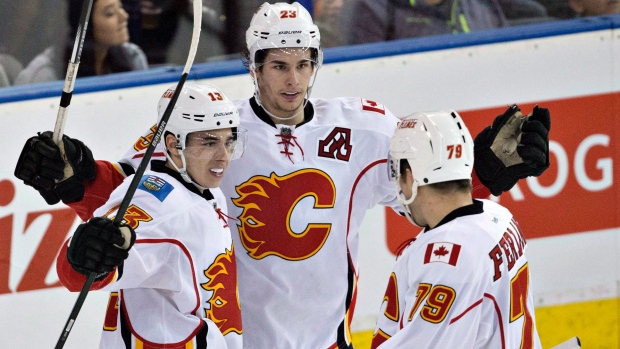 Last playoff appearance: The Flames advanced to the second round of the 2015 post-season, dispatching the Vancouver Canucks along the way. They were eliminated in five games by the Anaheim Ducks in the second round.

Ownership: The Flames are owned by Calgary Sports and Entertainment. That entity is owned by Murray Edwards, Alvin Libin, Allan Markin, Jeffrey McCaig, Clay Riddell and Byron Seaman. Edwards is Chairman of the group and also Chairman of Canadian Natural Resources (CNQ.TO). Riddell is the CEO of Paramount Resources (POU.TO).

What's at stake: "There’s been a lot of talk about building a new arena in conjunction with a new stadium for the (Canadian Football League’s) Stampeders… It’s an opportunity to really strike a chord with municipal leaders and get that project built. The organization came out with designs for it. The project was called ‘CalgaryNEXT’ and it’s still going through the approval process, as far as I know. So, a strong playoff run, excitement around the team, great performance in the playoffs will help make the case better for the Flames to get the funding – if it’s possible – from a public source." 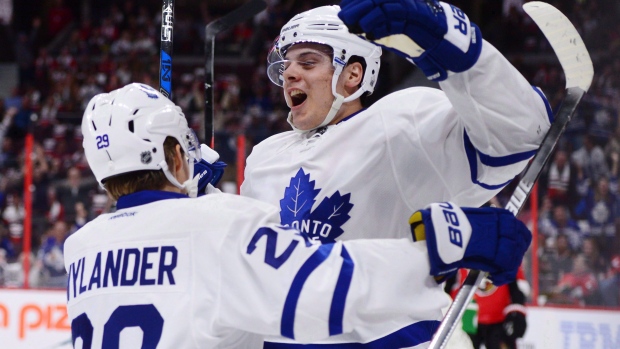 Last playoff appearance: The Leafs have not made the playoffs since the lockout-shortened 2012-13 season. That year they were dramatically dispatched by the Boston Bruins in a seven-game first-round series. The team has not advanced to the playoffs on the strength of an 82-game schedule since 2003-04, when they were eliminated by the Philadelphia Flyers in the second round.

What's at stake: "Maple Leaf Sports & Entertainment has no shortage of revenue from a variety of different sources. The organization has five teams. Regardless of the number of teams, the Maple Leafs are still the lynchpin of the organization and they generate the most revenue per game of any of the franchises. Interestingly with Bell and Rogers owning Maple Leaf Sports & Entertainment, a successful Maple Leafs playoff run is going to result in increased TV ratings, which results in a better bottom line for (Rogers) Sportsnet, which owns the NHL rights. That in turn can be pumped into the Maple Leafs product… It’s almost a cyclical nature how the impact reverberates through the company.”