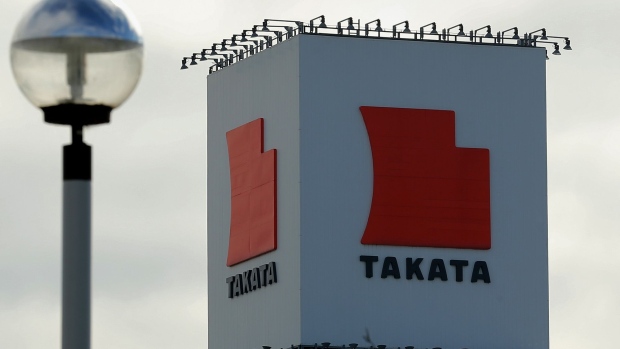 (Bloomberg) -- U.S. auto safety regulators will probe the safety of millions of Takata Corp. air bags that have thus far avoided industry’s largest recall effort, opening the door to a possible expansion of the callbacks.

The U.S. National Highway Traffic Safety Administration said it would investigate whether a defect exists in air bag inflators that use a chemical moisture absorber and were made by the now-defunct Takata. Millions of the parts have been installed into vehicles both as factory equipment and as defect replacements.

The agency said it has not found a safety risk in those parts but additional evaluation is needed to understand whether the parts will pose a danger in the future.

The probe marks a new phase in the years-long effort to replace defective air bag inflators that can explode in a crash and spray drivers with metal shards. Tens of millions of vehicles have already been recalled worldwide, which has been linked to at least 37 fatalities and 450 injuries globally, NHTSA has said.

Long-term exposure to high heat and humidity can cause these air bags to explode when deployed. Repair parts included the moisture-absorbing chemical, which was seen as making the explosive propellant more resistant to degrading.

NHTSA last year, during President Donald Trump’s administration, allowed automakers to avoid recalling those parts, opting instead to monitor the safety of those parts over time.

“NHTSA is not aware at this time of any ruptures, injuries or fatalities due to propellant degradation in these inflators, and the driving public does not need to take any action,” the agency said Monday.

Takata, the former Japanese air bag manufacturer, was required to plead guilty to wire fraud and pay nearly $1 billion in criminal penalties stemming from the company’s conduct related to sales of defective air bag inflators. Takata was sold in 2018 to a Chinese-owned company known as Key Safety Systems that is now known as Joyson Safety Systems.