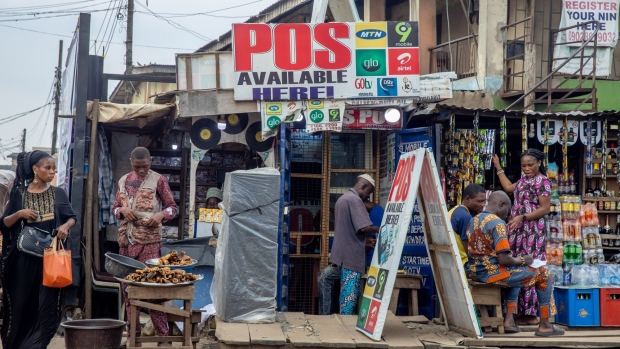 (Bloomberg) -- Nigeria’s central bank raised its benchmark interest rate more than anyone had predicted, taking it over 14% for the first time since it was adopted in 2006, and signaled even higher borrowing costs are possible if inflation isn’t reined in.

The monetary policy committee increased the rate to 15.5% from 14%, Governor Godwin Emefiele said Tuesday in Abuja. Most economists in a Bloomberg survey expected a smaller hike and a minority saw no change.

The MPC also increased the cash reserve ratio, the amount of money lenders have to keep at the central bank, to 32.5% from 27.5%. That’s an indirect form of tightening that aims to mop up liquidity.

“As long as inflation is trending upwards, we cannot assure anybody that we will not raise rates,” he said.

The MPC’s decision to hike was unanimous, with 10 of 12 members that attended the meeting voting to raise by 150 basis points, one by a full percentage point and one by half a percentage point.

Africa’s largest economy was a late mover globally in increasing rates in an effort to stamp out inflation and stem capital outflows. It’s now raised borrowing costs by 400 basis points, making it one of four central banks on the continent that have hiked by 300 basis points or more this year.

A hike will help consolidate the impact of the last two policy rate hikes, which are already reflected in the slowing growth rate of money supply in the economy, Emefiele said. Money supply in August increased 20.8% from a year earlier, compared with 21.5% a month prior The rate increase will also “slow capital outflows and likely attract capital inflows and appreciate in the naira currency,” he said.

Annual inflation in Africa’s most populous country, where four in 10 people live below the poverty line, rose to a fresh 17-year high of 20.5% in August and is at more than double the ceiling of the central bank’s target band.

A slump in the value of the currency against the dollar to record lows on both the official and parallel market has been fanning inflation. It’s also come under pressure from higher global commodity prices due to choked supply chains caused by Russia’s war in Ukraine and security issues in the nation’s food-producing regions.

Higher borrowing costs are likely to draw criticism from some politicians as campaigning begins Wednesday for next year’s presidential elections.

Nigeria’s economy growing faster than expected in the second quarter and business confidence remaining resilient despite two previous hikes gave the MPC room to hike. The central bank expects the economy to expand 3.5% this year, compared with its forecast of 3.3% made at its previous meeting.