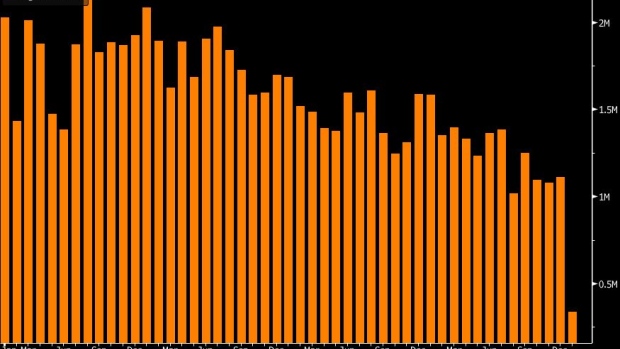 The company scrapped loading of at least two cargoes scheduled for January delivery from the Bonny Island facility, according to two people who asked not to be identified because the matter is private. As many as ten shipments were canceled, one of the people said.

Nigeria has been a key LNG supplier to Europe over the last year, helping to partially plug the gap created by the loss of Russian supply. Imports from the African producer made up about 7% of Europe’s LNG supply last year, according to data compiled by BloombergNEF.

The latest incident comes after gas exports from the African country were disrupted by flooding. Security issues, as well as feedgas problems, also curbed output from Nigeria over the past two years.

More shipments, for February, could also be scrapped, the people said. It was not initially clear whether new export restrictions had been imposed.

NLNG on Friday said that it declared force majeure in October, after its upstream suppliers issued the same measure, which allows deliveries to be suspended due to factors beyond a company’s control.

The company is maintaining production “to the optimum levels commensurate to the feed gas it is receiving from its gas suppliers,” it said in an emailed statement.

“NLNG continues to review the situation with its gas suppliers and all efforts are being made to mitigate the impact to the extent reasonably possible,” it added. The company is “monitoring the recovery process by the gas suppliers towards restoring normalcy as soon as possible.”