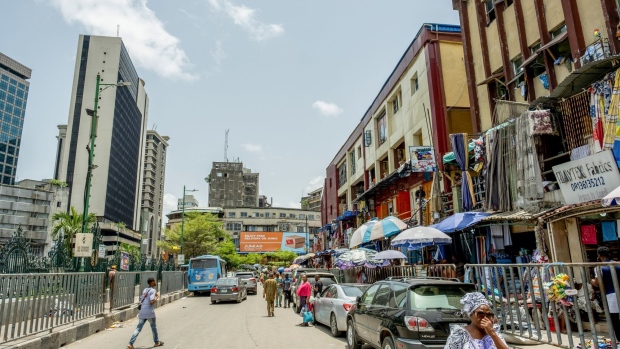 (Bloomberg) -- Nigeria did not join an international tax agreement brokered by the Organization for Economic Cooperation and Development because it would result in revenue losses to Africa’s biggest economy.

The requirement that signatories could only tax digital sales of multinational companies with annual global turnover of 20 billion euros ($21.4 billion) and a global profitability of 10% was of a “concern,” because most firms “that operate in our country do not meet such criteria,” Muhammad Nami, executive chairman for the Federal Inland Revenue Service, said in emailed statement. “This rule will take-off so many multinational enterprises from the scope of those that are currently paying taxes to Nigeria.” This explains our “cautious approach to the endorsement,” Nami said.

Africa’s top oil producer, which has one of the lowest tax collections globally, declined last year to sign the OECD-led effort to reform international tax rules to make multinational firms pay a fair share of tax, wherever they operate. The reforms sought to ensure multinationals pay a minimum of 15% tax rate from 2023. About 130 countries, representing more than 90% of global economic output, signed to join the global tax deal.

While the OECD agreement is not favorable to Nigeria, Africa’s most populous nation has developed internal solutions to collect more taxes in the digital economy, according to Nami. The tax agency introduced digital-services tax in January to boost revenue and in February projected tax collections to rise to about 10 trillion naira this year from 6.4 trillion naira in 2021, supported by increased automation and deployment of ICT infrastructure.