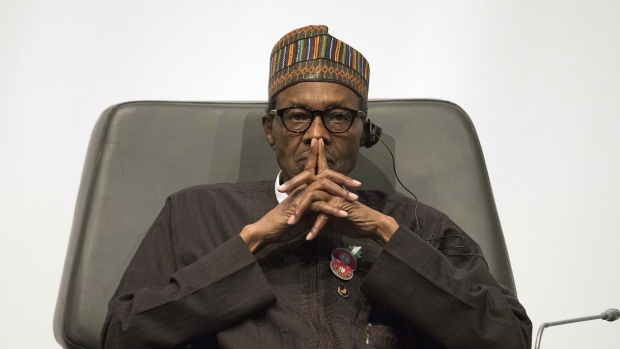 (Bloomberg) -- A Nigerian court upheld President Muhammadu Buhari’s victory in February elections, dismissing a challenge by the main opposition candidate that sought to overturn the win.

The five-judge Presidential Elections Petitions Tribunal voted by a majority in favor of Buhari in a ruling Wednesday in the capital, Abuja.

“I have come to the conclusion that the petitioners haven’t proved any of the grounds,” tribunal Judge Mohammed Garba said. “The petition is hereby dismissed.”

Both local and international election monitors raised questions about the conduct of the February vote in oil-rich Nigeria, particularly interventions by security forces in favor of the ruling party. European Union observers said the vote wasn’t transparent and the Nigerian Civil Society Situation Room, a coalition of more than 70 civic groups that monitored balloting, said the outcome wasn’t credible.

Atiku Abubakar, the candidate of the opposition People’s Democratic Party, challenged Buhari’s victory on the grounds that the vote tally was altered in the electoral commission’s servers and that Buhari lied about his educational qualifications, disqualifying him from running.

Buhari’s legal team in turn argued that he won fairly and according to the rules. They also argued that Abubakar, a former vice president, wasn’t qualified to run, alleging he was born in a region that was part of neighboring Cameroon before Nigeria’s independence.

The Independent National Electoral Commission, a respondent in the court case, denied that it used any computer server for the elections, and insisted that the results it declared were manually collated.

To contact the editors responsible for this story: Paul Richardson at pmrichardson@bloomberg.net, Karl Maier