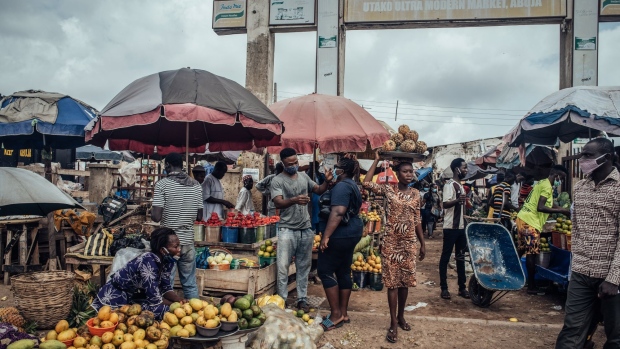 Africa’s largest economy has slumped into its first recession in more than three years.

Nigeria’s gross domestic product shrank 3.62% in the three months through September from a year earlier, compared with a 6.1% contraction in the previous quarter, the Abuja-based National Bureau of Statistics said on Twitter on Saturday. The median estimate of six economists in a Bloomberg survey was for a 5.3% decline.