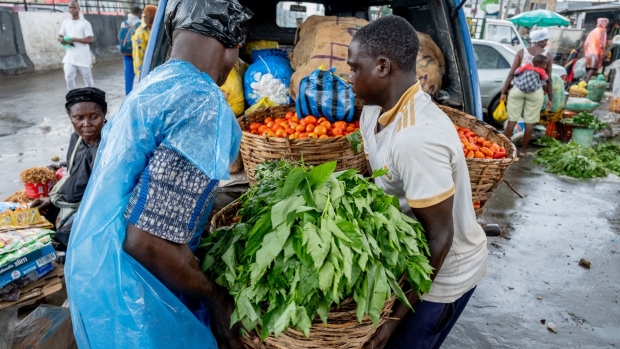 Annual inflation quickened to 20.5% in Africa’s biggest economy, compared with 19.6% in July, according to data released by the National Bureau of Statistics on its website on Thursday. That’s the highest level since September 2005 and is more than double the 9% ceiling that the central bank targets. It matched the median estimate of six economists in a Bloomberg survey.

The acceleration in inflation and a dollar shortage may see the Central Bank of Nigeria’s monetary policy committee lift its key interest rate for a third successive meeting on Sept. 27. Governor Godwin Emefiele said at the bank’s July meeting that policy makers will further tighten if inflation continues to accelerate at an aggressive rate.

“Inflation remains a serious concern, and so far, rate rises have not slowed down growth,” Joachim MacEbong, lead analyst at Lagos-based Acorn and Sage Consulting, said ahead of the release. “The CBN may feel there is still some scope to raise rates in order to attract foreign exchange inflows, giving the fact that the US is unlikely to stop raising rates.”

The biggest drivers of inflation were the prices of bread, cereals, gas and liquid fuel products. Annual food-price growth soared to 23.1% from 22% in July and core inflation, which strips out food costs, quickened to 17.2% in August, compared with 16.3 % in the previous month. Prices rose 1.77% from a month earlier.

Floods that hit Nigeria’s food producing regions and continued currency weakness are likely to place upward pressure on prices in the coming months. The naira was little changed against the dollar at 435.64 by 1:19 p.m., local time.