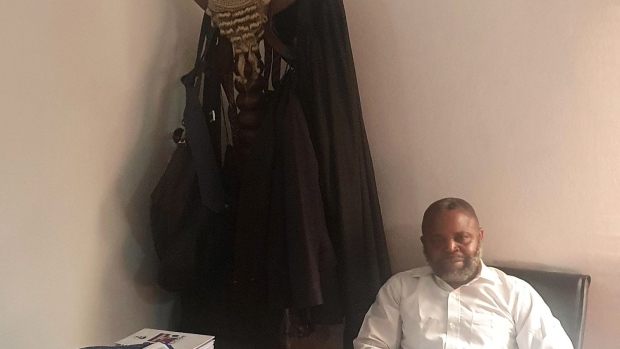 In the heart of Nigeria’s oil region, communities and their leaders see a U.K. court as their best chance to resolve a legacy of environmental damage in the area that they blame on Royal Dutch Shell Plc.

More than 40,000 residents of the crude-rich Niger Delta were permitted by the U.K. Supreme Court in February to seek compensation over pollution, allegedly caused by Shell, in a reversal of two previous rulings. The communities see this process as a guarantor of their legal rights, even if Shell were to follow through on its plans to exit some of the oilfields. A date for a trial hasn’t been set.

“Even if they sell all their assets, so long as the matter is in the U.K., we have no slightest doubt” of a favorable decision, Bennett Okpokiye-Dokubo, chairman of Bille Kingdom’s council of chiefs, said in an interview last month in Port Harcourt. Bille and Ogale are two communities in the southern Rivers state that filed lawsuits against Shell in the U.K. in 2015. Their cases have been merged.

The upcoming trial has given “a window of hope” to people in similar areas, according to Ledum Mitee, a lawyer and activist from Ogoniland, a territory rife with pollution from oil spills. Shell will take cases in the U.K. “more seriously because we are doing it close to their investors -- those who are actually taking the decisions,” he said.

Shell discovered Nigeria’s first commercial oil field in the delta just over 60 years ago. Over the decades, leaks detected around infrastructure owned by international companies have devastated the local environment. The inhabitants of Bille and Ogale, who live in fishing and farming villages, claim oil spills from pipelines operated by Shell’s local unit have destroyed their lands, waterways and livelihoods.

“The Niger Delta was and remains a highly complex operating environment, and the spills at issue happened in communities that are heavily impacted by oil theft, illegal oil refining and the sabotage of pipelines,” Shell said in an emailed statement. The company’s local joint venture cleans up pollution from its facilities “regardless of the cause,” it said.

Pollution claims filed in Nigeria have taken decades. Shell agreed in August to pay a community that’s not involved in the U.K. suit $111 million to settle a dispute that went to court 30 years ago.

Subsequent claims could become more challenging as oil majors gradually exit Nigeria as part of the larger energy transition. Once they’ve left, aggrieved communities will find it harder to muster “the kind of support they need to take these cases internationally,” Stakeholder Democracy Network, an organization based in Port Harcourt, wrote in a report.

“It’s hit and run,” Godwin Bebe Okpabi, the king of Ogale, said of Shell’s departure plans in an interview. “They don’t need us anymore.”

Shell had argued successfully, until the Supreme Court’s intervention, that its parent company doesn’t exercise a high degree of control over its subsidiary and the communities should litigate in Nigeria.

“File a suit in Nigeria concerning an oil spill and it will take years,” Okpokiye-Dokubo said. “By the time the judgment comes out, many of you will have died because life is not waiting for you.”