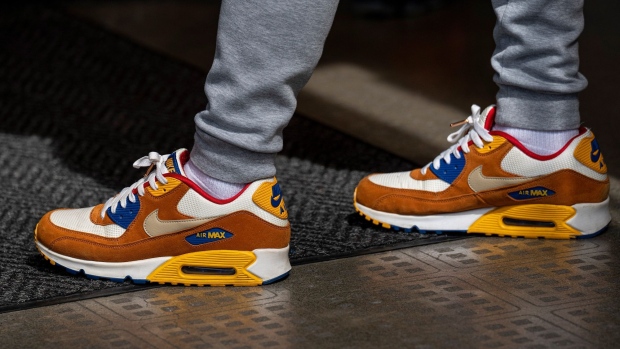 Global sales rose 5 per cent to US$10.9 billion for the third quarter ended Feb. 28, beating Wall Street’s estimates. Revenue outpaced expectations in all regions, including Greater China, where sales fell less than predicted. It maintained its full-year outlook of revenue growth in the mid-single digits.

The shares rose 6 per cent in after-market trading at 6:03 p.m. in New York on Monday. The stock had fallen 22 per cent this year through the close.

Direct-to-consumer sales have been the focus for Nike under Chief Executive Officer John Donahoe, who has pulled the brand back from many wholesale partners in favor of its own website. Revenue in its direct business grew 17 per cent, excluding currency swings, to US$4.6 billion and accounted for about 42 per cent of total sales.

Chief Financial Officer Matt Friend said Nike is “now moving into the next phase” of that strategy, having cut wholesale accounts worldwide by over 50 per cent. Nike will now invest in the stores that it decided to remain in and work on more of its own retail concepts. Management called out Foot Locker Inc. as an important partner, sending the sneaker chain’s shares up as much as 5.3 per cent. The retailer had been hit hard by Nike’s revamped strategy. 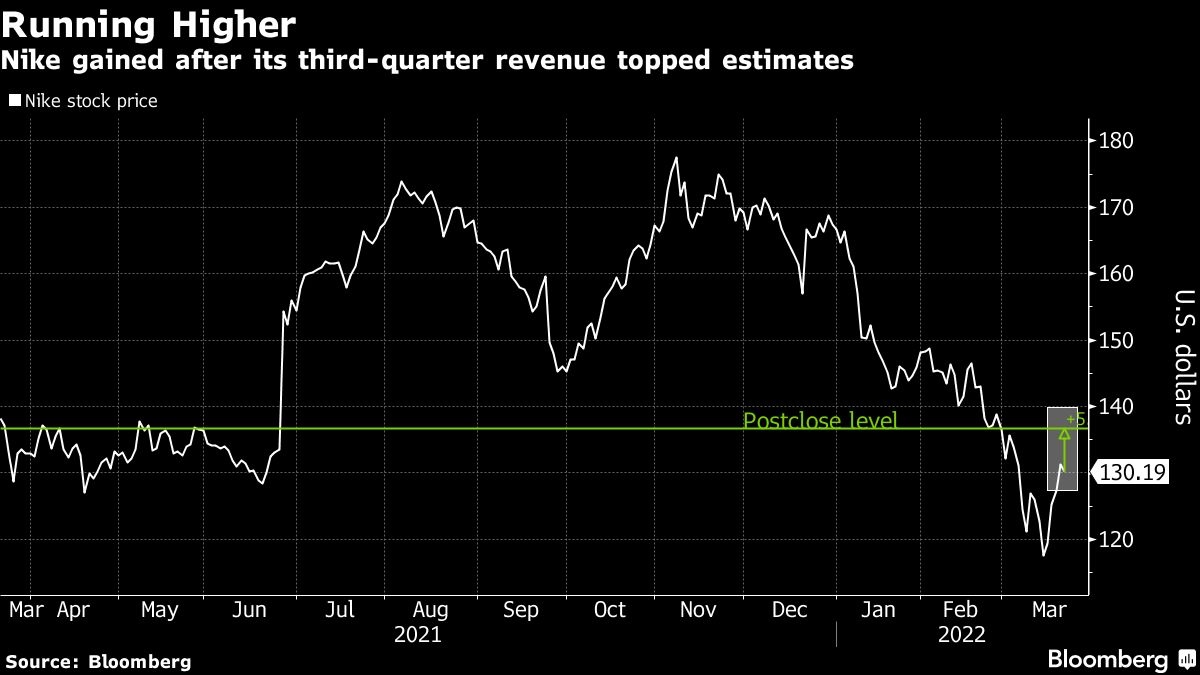 Supply-chain issues that have clogged trade routes continued to pressure operations, and Nike has more goods than normal stuck in transit. Friend said demand “continues to significantly exceed” Nike’s inventory, which was up 15 per cent compared to the same period the year prior. Executives expect the flow of supply to improve in the current quarter.

Meanwhile, production problems have largely eased. Nearly all of Nike’s suppliers are operating without restrictions, executives said, including its vital factories in Vietnam which have returned to the levels they were at before a series of COVID-related shutdowns roiled production.

Nike, like many other multinational retailers, paused operations in Russia after the country invaded Ukraine. It said earlier this month that it would temporarily close all company-operated stores and halt e-commerce sales in the region. Russia and Ukraine account for less than 1 per cent of Nike’s total revenue.