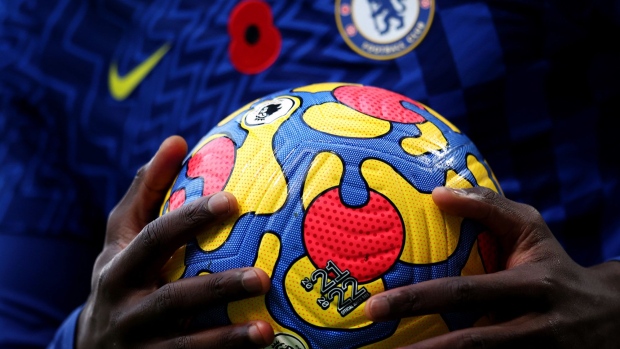 Nike Inc. will remain committed to its sponsorship of Chelsea FC even after the U.K. government sanctioned Russian owner Roman Abramovich, The Athletic reported, citing unidentified people close to the company.

Nike has a 15-year deal worth 900 million pounds ($1.2 billion) to supply Chelsea’s match clothing, training gear and replica uniforms, and its iconic swoosh appears on the players’ shirts on match day. The agreement has another nine years to run.

Mobile phone company Three, which has a 40 million-pound deal over three years, yesterday asked for its logo to be removed from Chelsea’s shirts.