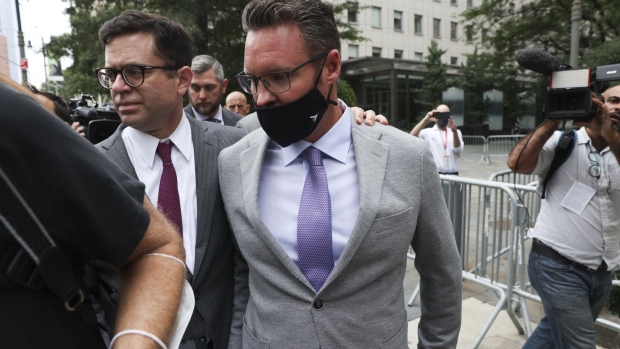 (Bloomberg) -- Nikola Corp. founder Trevor Milton, who’s been charged by the U.S. with securities fraud, offloaded stock worth about $33.5 million in the electric truck-maker, bringing the total he’s disposed since August to more than $317 million.

Milton sold 3.29 million shares this week, according to a regulatory filing. Nikola’s former executive chairman dumped about $153 million of stock in two rounds in August, weeks after pleading not guilty to charges of misleading investors.

The stock has dropped 45% in the past year, though Milton is still worth about $1.3 billion, according to the Bloomberg Billionaires Index.

Milton made false and misleading statements about aspects of Nikola’s business, according to a criminal indictment unsealed in July.

Nikola announced last month it was in talks with the U.S. Securities and Exchange Commission to resolve its investigation and expects to pay a $125 million civil penalty.