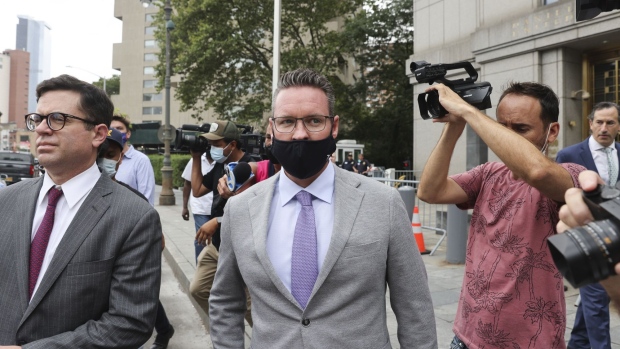 (Bloomberg) -- If you’re going to have to wait months for your trial on securities fraud, doing so in a 2,700-acre ranch near Utah’s Uinta Mountains, alongside an idyllic winding river wouldn’t be so bad.

Nikola Corp. founder and former executive chairman Trevor Milton has promised to reside in Utah as he awaits trial on charges that he misled investors about the company, lawyers said in a Manhattan court hearing Thursday. A judge freed Milton, who pleaded not guilty to the charges, on $100 million bail secured by two properties he owns in Utah. He also promised to limit his travel to specific areas and not to contact investors, other than ones with whom he has a personal relationship.

While it’s not clear exactly where in Utah he will live, Milton, 39, paid $32.5 million for a sprawling ranch near Salt Lake City in August 2019, the highest sale price ever recorded for a residential property in the state. The 16,800 square-foot property, called “Riverband Ranch,” boasts 9 bedrooms, 9 bathrooms and hickory wood floors.

And in case Milton gets bored, the property has a long list of eye-catching amenities: a fitness studio, home cinema, tennis courts and fly fishing right on the property’s doorstep. There’s a stone patio and fire pit along the river and, as advertised by the broker, the estate is just minutes from Utah skiing country.

If Milton has to hurry back to New York or other cities for trial or meetings, it’s just a 50-minute trip to Salt Lake City’s main airport, and there are two private airports nearby (Milton himself is a keen pilot).

The property is now valued at at least $50 million, Engel & Völkers License Partner Paul Benson, who represented the seller in the 2019 transaction, said in a text message.