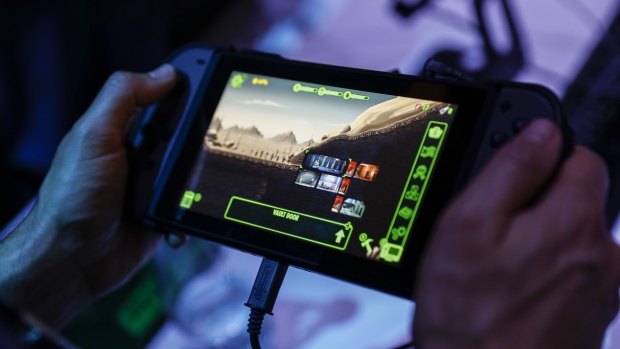 (Bloomberg) -- Nintendo Co. is struggling to procure some essential components for its popular Switch console due to government-imposed lockdowns in Malaysia and the Philippines, likely limiting its production this year, according to people familiar with its operations.

Malaysia is Nintendo’s source for printed circuit boards while the Philippines provides passive components that attach to those PCBs. Both nations have had to limit business operations and travel as part of their efforts to curb the spread of the novel coronavirus. Malaysia officially relaxed its lockdown on May 4, opening up for most forms of economic activity, however states delayed easing rules due to lack of preparation while companies struggled to get all their workers tested before resuming work.

Read more: Philippines Mulls Selective Lockdown in Capital After May 15

The restrictions will make it difficult for Nintendo to exceed its forecast of 19 million Switch unit sales in the current fiscal year, a disappointing projection that triggered a slide in its stock on Friday. The Switch is out of stock in many markets around the world after the record-breaking success of Animal Crossing: New Horizons, the biggest gaming hit of the coronavirus era.

Nintendo’s forecast would mean a decline in Switch sales from the 21 million consoles it sold in the last fiscal year, despite the device’s soaring popularity. Restoring full production capacity will largely depend on how the pandemic situation develops, and Nintendo may have to delay the release of some games and services if things don’t improve, President Shuntaro Furukawa said on its earnings call on Thursday.

“We expect the Covid-19 impact on our production to go away by summer,” Furukawa said.

Rivals Microsoft Corp. and Sony Corp. plan to introduce new iterations of their consoles later this year, putting pressure on Nintendo to capitalize on the Switch’s popularity before the competition arrives. The Xbox and PlayStation teams source components from other countries and are therefore not affected by these particular lockdowns.

The PCB and passive components shortage is now Nintendo’s most pressing supply constraint, after it previously had to also contend with a production bottleneck in China. Limited access to DRAM, for which Nintendo has to compete with smartphone makers, could also have an impact in the latter half of the year.

“The inventory may recover in the summer, but we may see shortages again toward the year-end because Nintendo wouldn’t be able to produce enough units for the shopping season,” said Hideki Yasuda, an analyst at Ace Research Institute.

Philippines President Rodrigo Duterte is considering reducing some of his country’s lockdown measures from May 15, a spokesman said last week, while the Malaysian government has decided to continue what it terms a relaxed lockdown until June 9.