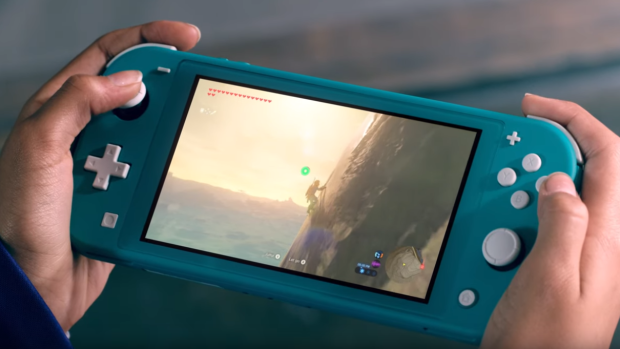 Nintendo Co. introduced a new cheaper, version of its portable Switch gaming console, as the Japanese company seeks to expand the potential market for games.

The Switch Lite will retail for US$199.99, or US$100 less than the original device. The new console will be released Sept. 20 and will come in yellow, gray and turquoise, the company said in a statement.

Nintendo shares have rebounded this year on optimism that the cheaper Switch, a stronger pipeline of games and a potential entry into China will help overcome last year’s missteps and broaden Nintendo’s customer base beyond dedicated fans. Still, analysts have struggled to understand how much a lower priced device will expand the Switch’s market. In April, Nintendo gave a muted financial forecast that stunned investors and analysts, sending shares sliding.

“Adding Nintendo Switch Lite to the lineup gives gamers more color and price point options,” said Nintendo of America President Doug Bowser in the statement. “Now consumers can choose the system that best suits how they like to play their favorite Nintendo Switch games.”

The original Nintendo Switch, which launched in March 2017, allows people to play in three different modes -- handheld, tabletop and television-- while the Switch Lite is designed for handheld mode.

When the hybrid console originally debuted, it was seen as classic Nintendo — a new gadget that broke the norms of conventional video games. Equipped with a built-in screen and hypersensitive controllers, the Switch was billed as a worthy successor to the Wii, Nintendo’s rule-breaking blockbuster console.

The goal was to make the gaming experience as seamless as possible, while letting people use the product in new ways, such as turning it into a virtual piano or motorcycle. But so far, the Switch has struggled to find customers beyond a core fan base. The company shipped 17 million Switch consoles last fiscal year and forecast 18 million for the current period, less than analyst projections for 18.5 million.

The cheaper Switch is aimed at expanding the market so more people will buy the company’s games. Characters like Super Mario, Luigi and Donkey Kong are among the most recognized in the industry.

In April, with the new console in the works, analysts were baffled by Nintendo’s forecast that it will sell 125 million new software titles, significantly below market expectations for 161 million and lower than all but one of 10 projections tracked by Bloomberg.

Japanese companies including Nintendo are known for making conservative estimates at the start of each fiscal period. But even by those standards, President Shuntaro Furukawa’s projection stood out amid a blockbuster games lineup this year and expectations for stronger hardware growth, which drives software sales. The company may be wary of repeating last year’s mishap, when it issued bullish guidance and then had to cut it later.