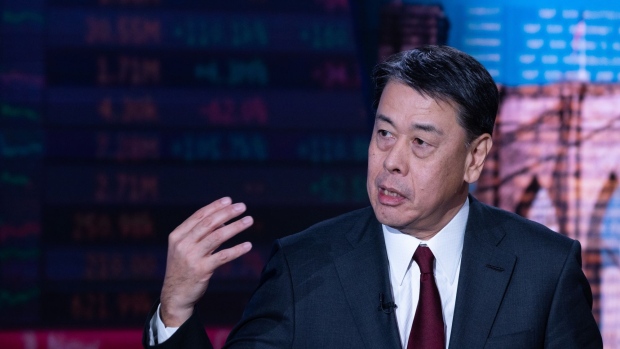 Makoto Uchida, chief executive officer of Nissan Motor Co., speaks during a Bloomberg interview in New York, US, on Thursday, Dec. 1, 2022. Nissan is in talks with French partner Renault SA "every day" as the two companies seek to reshape a two-decade alliance, according to Uchida. , Bloomberg

(Bloomberg) -- Nissan Motor Co. is pushing for more of a grace period in the implementation of the Biden administration’s plan to speed adoption of electric vehicles while mandating more US content.

The Japanese company and other carmakers have been urging the White House to adopt a more flexible approach to subsidy eligibility in the Inflation Reduction Act, which was recently passed into law. The measure provides generous incentives for selling EVs, but has stringent requirements on manufacturing and supply-chain sourcing.

“The IRA in the short term is challenging,” Nissan Chief Executive Officer Makoto Uchida said Thursday in an interview with Bloomberg in New York. “Those regulations probably should have had some grace period.”

Beginning in January, automakers must manufacture EVs in North America and cut reliance on China for battery components and materials to qualify for the maximum $7,500 in tax credits -- a tall order for slow-moving global supply chains. Its pending implementation has spurred industry lobbying efforts to shape the rulemaking.

“Directionally we are not opposed to that, but of course we cannot build a plant in one day. So how we can make sure that a kind of grace period or adoption period can be considered” should be part of the implementation discussions, Uchida said.

Nissan has sold the battery-powered Leaf model in the US for more than a decade and its new all-electric Ariya debuts this month. It aims to offer six all-electric models by 2030 -- four of which will be made at its factory in Canton, Mississippi.

The IRA will likely accelerate Nissan’s plans to produce more EVs in the US, Uchida said.

The automaker expects electrified models -- both full EVs and hybrids -- to make up 40% of its US sales by the end of the decade. That’s well behind markets such as Europe and Japan, which are projected to hit 90% and 55%, respectively, by 2026. In China, the world’s largest car market, Nissan sees its EV sales percentage somewhere between the rates in the US and Japan.

Uchida said Nissan remains committed to the Chinese market at a time when at least one other major global automaker is trimming its bets on the country. But he warned that disruptions from Covid-linked shutdowns is making it more difficult to operate.

“Frankly, it’s worrisome,” he said. “We have a lot of operational impact already.”