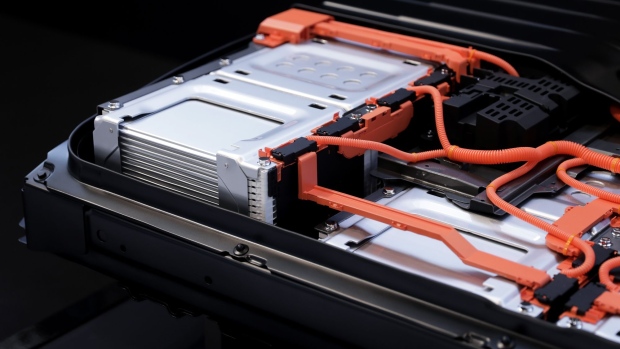 (Bloomberg) -- Nissan Motor Co. hinted that it may be considering a third plant in the US, possibly for electric vehicles, as the Japanese carmaker seeks to accelerate volume production amid an industrywide shift away from combustion-engine automobiles.

“The way we are progressing, it may not be a surprise that we go for a third plant,” Ashwani Gupta, Nissan’s chief operating officer, told reporters at a briefing Friday, a day after announcing full fiscal year results that showed a return to operating profit for the first time in three years.

Although Nissan was the first major carmaker to introduce an EV, the Leaf, more than a decade ago, the growth of Tesla Inc. and massive investment by rival global auto manufacturers is adding to pressure to take advantage of anticipated demand. Since unveiling its turnaround plan in 2020, Nissan has been working to bolster its profitability by cutting costs, streamlining operations and increasing quality of sales.

Nissan shares fell 2.9% on Friday, leaving the stock down 12% this year.

The Japanese carmaker currently has two US auto factories in the US, one in Smyrna, Tennessee and another in Canton, Mississippi.