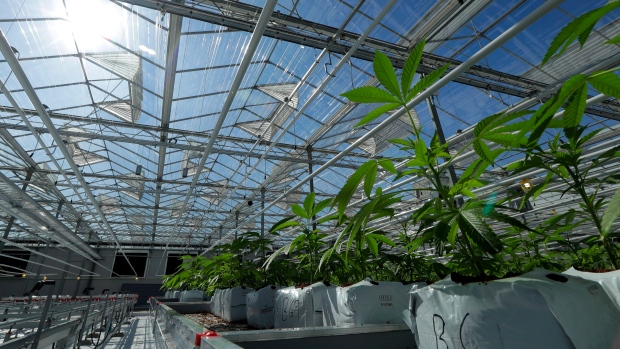 In this Sept. 25, 2018, file photo, marijuana plants are shown growing in a massive tomato greenhouse being renovated to grow pot in Delta, British Columbia , The Canadian Press

Industry insiders say the cannabis product shortages that have plagued many provinces will likely persist for years.

Some of those provinces say producers have not been able to fulfil the orders they committed to.

Khurram Malik of the Toronto-based cannabis company Biome Grow Inc. says the lack of supply is due in part to the tough regulations imposed by Health Canada on the country's 132 licensed producers.

He says the department also took too long to approve licences, and predicts there will be intermittent supply shortages into 2020.

Health Canada says product shortages will likely continue in the months ahead, but it remains confident there is a sufficient supply overall to meet market demand.

Ray Gracewood of the New Brunswick-based OrganiGram says cannabis companies knew it would be a challenge to fulfil the demand, and a shortage was inevitable as producers play catch-up.

He says the novelty of legal cannabis is partly what has been driving the high demand for products over the last month.