Bitcoin backer on what's next for cryptocurrency

Bitcoin gave up a small early gain to slump 7.9 per cent as of 9:16 a.m. in London. The largest digital currency, which started the year at more than US$14,000, has fallen to US$4,409.43. Rivals including Ether, Litecoin and XRP joined the slide, though they pared losses that reached as much as 17 per cent.

After months of relative stability, cryptocurrency bulls have been left reeling by a sudden market downturn in November. Digital assets have now lost almost $700 billion of market value since crypto-mania peaked in January, according to CoinMarketCap.com. Trading on futures markets, where investors can bet against Bitcoin, has soared.

While the trigger for the latest sell-off is unclear, it has coincided with a “ hard fork” of Bitcoin Cash. The move, which split the offshoot of the original Bitcoin into two, has underscored the sometimes chaotic nature of a crypto community racked by infighting.

Regulatory concerns have also weighed on sentiment. On Friday, the U.S. Securities and Exchange Commission announced civil penalties against two cryptocurrency companies that didn’t register their initial coin offerings as securities. And on Tuesday, Bloomberg reported that the U.S. Justice Department is investigating whether last year’s epic rally was fueled in part by manipulation, with traders driving up Bitcoin with Tether -- a popular but controversial digital token.

The combined open interest in Bitcoin futures on exchanges run by CME Group Inc. and Cboe Global Markets Inc. swelled to the equivalent of 22,266 Bitcoins on Monday, an all-time high. Volume in the contracts, which allow institutional investors to profit from declines in cryptocurrencies, jumped to the highest level since July. 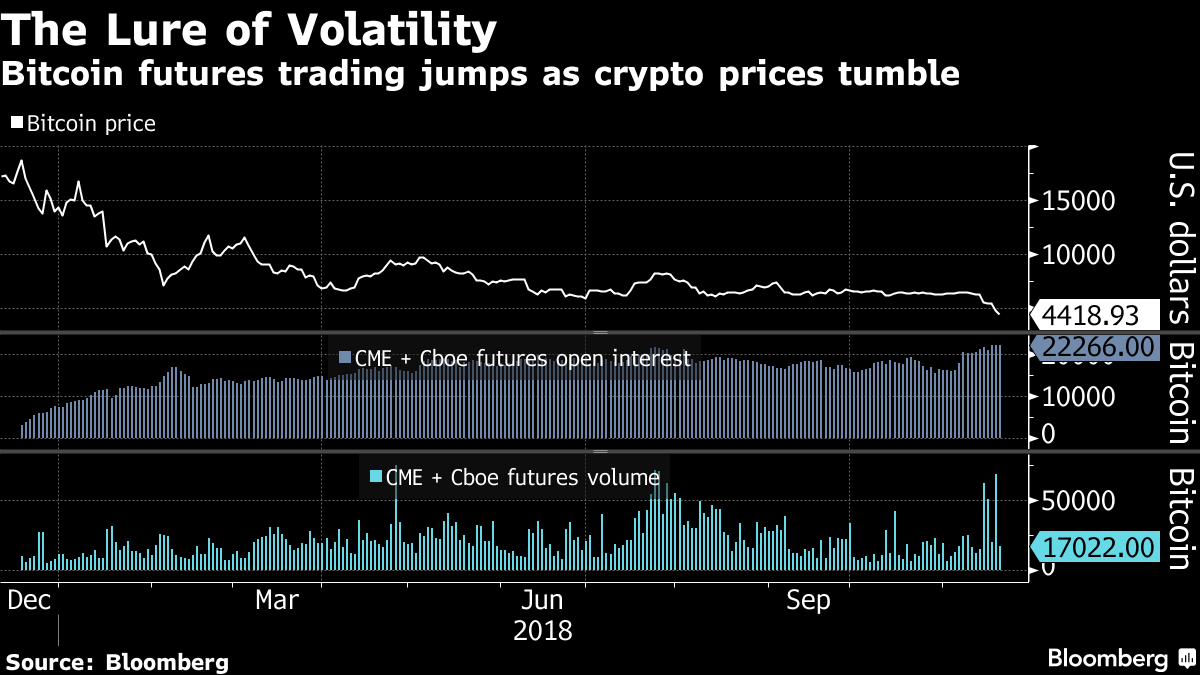