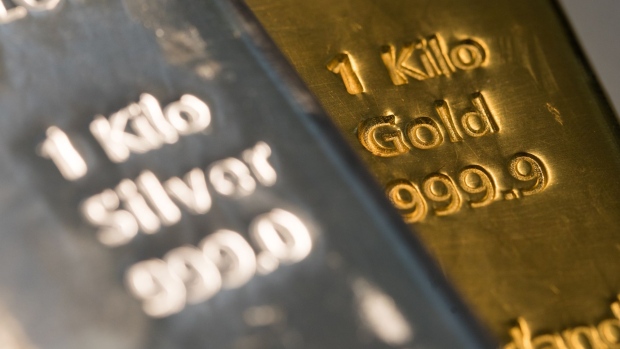 (Bloomberg) -- Lawyers for two former traders at Bank of America Corp.’s Merrill Lynch unit told jurors that the spoofing trial against their clients had failed to reveal any evidence that they intended to manipulate precious-metals prices, a key criteria for the fraud charges brought by U.S. prosecutors.

Jurors will continue deliberations Tuesday after two weeks of trial testimony in the case of Edward Bases and John Pacilio, who are accused of illegally flooding the market with buy and sell orders they quickly canceled to move gold, silver or platinum prices in the direction they wanted. While there’s nothing wrong with canceling orders, both men were accused of intentionally defrauding other traders.

“There was no false misrepresentation and there was no intent to defraud,” Julie Porter, the lawyer for Bases, told jurors during her closing arguments Monday. Each order was legitimate and could have been executed before it was canceled, which traders do all the time, she said.

To sustain charges of wire and commodities fraud, the government must show a false representation and an intent to defraud, Porter said. But there’s no drop-down menu on the CME Group Inc.’s futures exchanges that Bases and Pacilio used to indicate when you “intend to trade” or not trade, she said.

Among the evidence presented by prosecutors were internal chat logs, including one where Bases bragged about how easy it was to manipulate prices. Another former Merrill Lynch trader testified he learned how to spoof the precious-metals markets by watching Bases and Pacilio trade.

The defense lawyers also said that all but two of the trades highlighted by prosecutors occurred before a ban on spoofing became a crime in 2011. According to their attorneys, Bases and Pacilio received no training from the CME, the Commodity Futures Trading Commission or compliance officers at their banks about spoofing being wrong.

In his closing arguments, prosecutor Scott Armstrong said the defendants knew from day one that what they were doing was wrong.

“They were lying, cheating and ripping off other people,” Armstrong said. “They thought they were above the rules. They thought no one would figure it out.”