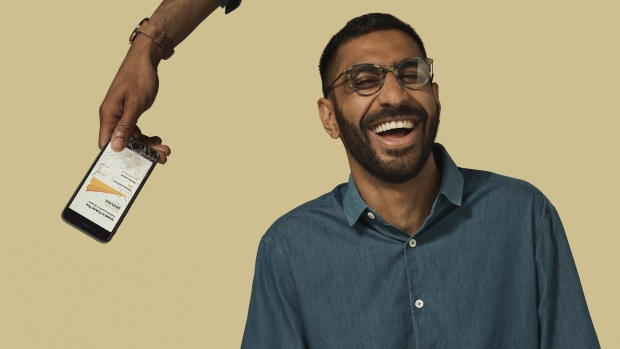 One financial services firm wants to let millennials hear a voice they don’t often hear when it comes to the world of investing: their own.

For its latest ad campaign, Wealthsimple is taking a new approach to targeting millennials by ceding the platform to them.

“It’s singular people giving you a single message about them as opposed to facts and figures. That’s a really different kind of approach and it’s very compelling for millennials,” Joanne McNeish, associate professor of marketing at Ryerson University’s Ted Rogers School of Management, told BNN.

Since its launch in September 2014, the Toronto-based robo-advisor has garnered over $1.5 billion in assets and more than 50,000 clients — 40 per cent of whom are first-time investors.

“We thought it might make a really interesting campaign to put real people on camera and let them sort of open up about the way that money has shaped and affected their lives,” Mike Giepert, Wealthsimple’s executive creative director, told BNN.

But marketing experts disagree about how well this campaign allows Wealthsimple to reach its audience.

John Yorke, president of advertising agency Rain43, said he admires Wealthsimple’s product but he’s not a fan of this campaign.

“Do I think they have an incredible selling proposition? Absolutely. Do I think that their advertising reflects that? Absolutely not,” Yorke told BNN.

Yorke pointed to another financial-services company that he believes is marketing to millennials more successfully.

“Tangerine’s been trying to do the same thing in Canada, and I think Tangerine has done it significantly better,” he said, in reference to Tangerine’s blog that features personal-finance stories and articles with an educational bent.

In the Wealthsimple campaign, “it looks like they’re talking to themselves,” Yorke said. “I can’t imagine that a millennial audience would [look at that and] go, ‘Oh!’”

“When you pop on [Tangerine's] site, you would know it’s a bank right away. When I went to Wealthsimple [the website], I didn’t realize at first what they were; I had to work at it, which I think is really cool. I think it’s the right way to go,” she said.

She also said the first-person approach resonates with younger audiences.

“[Millennials] tend to be slightly more interested in personal stories … there is a notion that without a story or a personal anecdote, could it be believable?” McNeish said.

McNeish added there's a parallel between Wealthsimple's strategy and how millennials use social media.

“[Millennials are] encouraged to document their life, they have documented their life, through social media,” she adds. “They’re stars of their own life, and I don’t mean that in a negative way.”