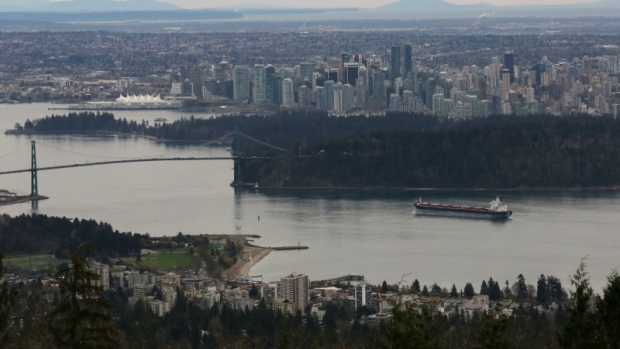 Canada swung to an unexpected trade deficit in February as exports tumbled by the most in nearly a year, suggesting economic momentum may have hit a speed bump and giving the Bank of Canada room to maintain its cautious stance next week.

Following three consecutive months of surpluses, Canada posted a trade gap of $972 million, Statistics Canada said on Tuesday, short of economists' expectations for a surplus of $500 million. January was revised down to a surplus of $421 million from the initially reported $807 million.

The value of exports fell 2.4 per cent, the biggest decrease since March 2016, with declines widespread. Excluding energy products, exports were down 2.4 per cent.

“This is a disappointing report and appears to wipe out the upside risk to our Q1 GDP call of 3.5 per cent...and could even introduce some downside,"  BMO Capital Markets senior economist Benjamin Reitzes said in a note to clients. " After a huge January for the Canadian economy, it looks as though we could be in for some payback in the February data. Even so, this report is no reason to turn downbeat on Canada."

The Canadian dollar extended declines against the greenback following the data.

Recent encouraging data had bolstered expectations first-quarter growth could top the central bank's forecast of 2.5 per cent. Economists said growth was still set to beat that.

Nick Exarhos, economist at CIBC Capital Markets, said he was still expecting growth of about 3.5 per cent in the first quarter, though the trade numbers could weigh on growth in February.

The Bank of Canada has downplayed the recent better-than-expected data and Governor Stephen Poloz said last week the economy has a lot more room to grow.

While the central bank will have to acknowledge some of the economic outperformance when it meets next week, it will likely continue to focus on the excess capacity in the economy and downside risks to the outlook, said Exarhos.

"The Bank of Canada has highlighted we've been here before, where things have looked good at the start of the year if only to melt away in the second half," Exarhos said. "They've noted they're not going to make policy decisions on a short stretch of data."

The bank is expected to hold interest rates at 0.50 per cent.

Exports in the farm, fishing and food products sector slumped 10.6 per cent, with canola contributing the most to the decline. Exports of aircraft and transportation equipment and parts fell 15.2 per cent, led by a drop in aircraft shipments.

Exports to the United States, Canada's biggest trading partner, declined 1.2 per cent with decreases across categories, the statistics agency said. Exports to countries other than the United States fell 5.9 per cent, including lower exports to China, mainly due to the decrease in canola.

This marks the end of Canada's economic hot streak. Here's a breakdown of the economic strength seen in the last month: