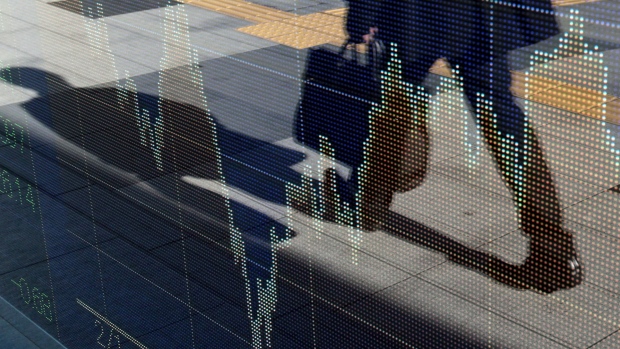 A businessman is reflected on an electronic stock board outside a securities firm in Tokyo, Japan,. , Photographer: Yuriko Nakao/Bloomberg

(Bloomberg Opinion) -- Wall Street isn’t always too fussed about whether a start-up is profitable before listing on the stock exchange. A decent track record of sales growth is usually pretty essential, though.

That quaint idea has been turned on its head this year by the fad for special purpose acquisition companies. Called SPACs for short, they raise cash from investors in an initial public offering and then go find a company to buy. By merging with one of these cash boxes, the target gets a dollop of capital and a stock market listing without all the hassle of a traditional IPO (though the fees can be steep). So far this year, North American SPACs have raised about US$38 billion, according to Bloomberg data. SPACs are so trendy, even former House speaker Paul Ryan has one. Billionaire Richard Branson wants to start one of his own too.

The remarkable thing about some of these SPAC-backed companies is they’re going public before they’ve generated their first revenues. These businesses are selling a vision rather than a proven track record of turning that dream into reality. Investments don’t get much more speculative than that. 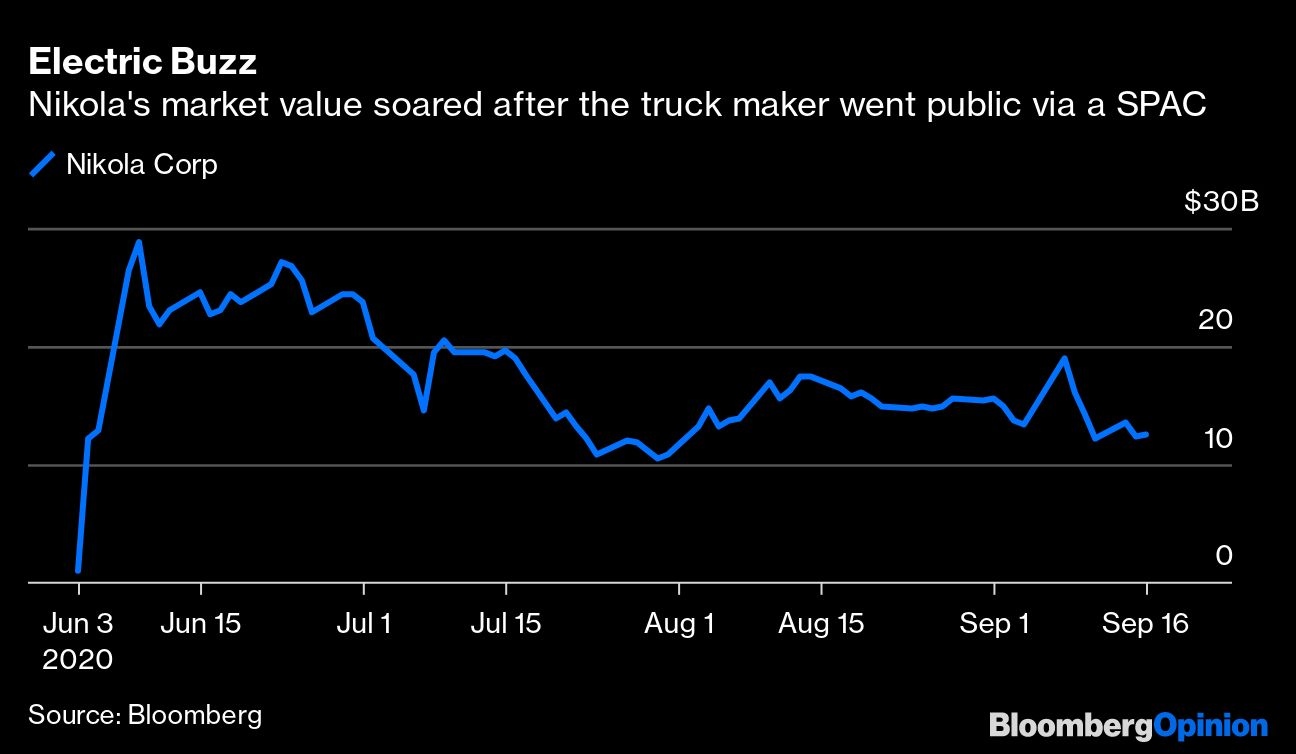 The trailblazers for this were Branson’s space tourism company Virgin Galactic Holdings Inc. and electric truck maker Nikola Corp., which both rocketed to multi-billion dollar valuations after being taken public via SPACs. Both have yet to start commercial services.(3)

They’ll soon be joined by slew of early stage electric vehicle companies, including Fisker Inc., Canoo Holdings Ltd. and Lordstown Motors Corp.(2) Lordstown, founded a year ago when it acquired a former General Motors Co. plant to build an electric pickup truck, won’t begin commercial production until the second half of next year.

The point of the stock market is to funnel capital to companies with bold ambitions that banks and bondholders might be wary of lending to. Early-stage life sciences companies have a long track record of raising money via an IPO to fund research and see them through the lengthy regulatory approval process.

However if you recall the dotcom bubble, you’ll know that things don’t always work out too well when some companies go public with little more than a prototype and a business plan.

Perhaps the biggest lesson of the intense scrutiny Nikola has faced this week following a scathing short-seller report is to be wary of companies that list on the stock market before they’re ready. Nikola acknowledged rolling a truck down a hill in a 2017 promotional video, rather than having it drive under its propulsion, but it denies misleading its investors.

“I guess you’re seeing how the sausage is made, and we went public way too early,” Nikola board member Jeff Ubben told Bloomberg this week.

Is there a bubble forming again that we should be worried about? The trend for companies to go public with near zero revenue certainly reflects the current frothiness of equity markets. With Tesla Inc. valued at almost $400 billion even though it remains only modestly profitable, it’s not surprising SPACs want a piece of the action. Shares of Tortoise Acquisition Corp., a SPAC, have gained 370% since June when it announced it would take heavy truck electrification company Hyliion Inc. public later this year.

In a traditional IPO, written disclosures tend to focus on historic financial performance. But when a company merges with a SPAC, it’s permitted to publish detailed revenue and profit projections for the next several years. Consider Fisker, which is being taken public by a SPAC affiliated with private equity giant Apollo Global Management Inc. The company forecasts $10.6 billion in yearly sales and $1 billion of free cashflow by 2024, even though it won’t begin production of its Ocean electric SUV until the end of 2022.

Such forecasts doubtless help investors get comfortable investing in a company with little current revenue, but they could turn out to be a pretty unreliable guide. Developing and manufacturing a vehicle isn’t straightforward. Henrik Fisker’s first venture, Fisker Automotive Inc., filed for bankruptcy in 2013 after safety recalls and battery supply hiccups. At his new eponymous electric vehicle company, Fisker Inc., he and the chief financial officer, who’s also his wife, will together have 90% of the voting rights, according to this filing. Sub-optimal governance is another issue new companies can face.

Investing in an immature company isn’t for the faint-hearted. Absent meaningful revenues to assess each quarter, investors might struggle to judge whether the company is making progress and the hype might start to fizzle. Nikola’s first earnings as a public company were a snooze: one analyst asked,  “Is this all we get?”

Of course, as Nikola has discovered, public companies also face much greater scrutiny from shareholders and regulators, which risks diverting management attention from the task of building a viable product or service. The company may have been able to avoid some of these issues by taking more time to perfect its hydrogen and electric trucks away from the public market’s gaze.

For now, the buzz around pre-revenue companies remains intense. The hangover could be too.

(1) Virgin Galactic holds over US$80 million in customer deposits, so it has at least demonstrated there's demand for space tourism.