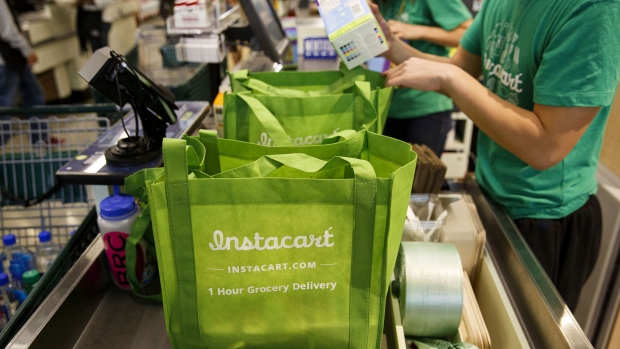 When Amazon-owned Whole Foods Market parted ways with online-grocery delivery service Instacart Inc. in May, the startup’s backers fretted that the loss of one of its biggest and oldest partners could send it reeling.

That hasn’t happened. After dipping in June, Instacart’s orders have rebounded, according to Edison Trends, an e-commerce intelligence company. The gig-economy startup has picked up enough new business from retailers like Costco Wholesale Corp., Publix Super Markets Inc. and Wegmans Food Markets Inc. to more than make up for the shortfall. As recently as 2017, Whole Foods comprised about one-fifth of Instacart’s monthly orders, Edison found.

An Instacart spokeswoman disputed the data, saying its performance has been even better than Edison’s numbers show. Order volume has increased each month since Whole Foods Market left, the company said, though it declined to provide its own data. Edison provided Bloomberg News with adjusted, not actual, sales figures.

Instacart’s army of shoppers now weave their way through the aisles of more than 300 retailers, 100 more than it had in its network last year. It now covers 80 per cent of U.S. households, up from 35 per cent in 2017. Instacart is looking for more: It’s pushing to add alcohol to its food deliveries, a service that’s now available in more than 20 states.

“Both retailers and consumers are becoming increasingly reliant on Instacart,” Karen Short, an analyst at Barclays, said in a note.

That growth has fueled speculation about an initial public offering, but first the company must grapple with new legislation in California that could threaten its business model by forcing it to reclassify its workers as employees, not contractors. Instacart said the law “is a disservice to millions of Californians” and it’s working on a “better solution.”