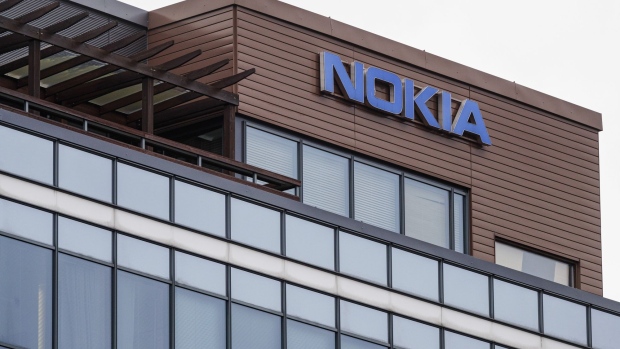 The Nokia Oyj Executive Experience Center stands in Espoo, Finland, on Monday, March 2, 2020. Pekka Lundmark, the CEO of Fortum Oyj, will take over from Rajeev Suri at the start of September. Photographer: Roni Rekomaa/Bloomberg , Bloomberg

Nokia Oyj started the first of three phases of a shift in strategy as Chief Executive Officer Pekka Lundmark works to catch up with rival telecommunications equipment manufacturers and capitalize on a ban by some governments on gear made by Huawei Technologies Co.