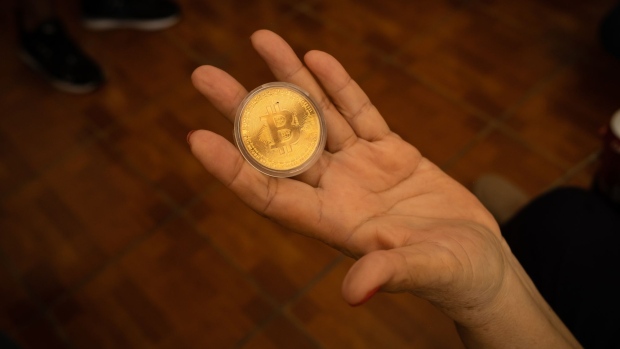 (Bloomberg) -- Japan’s biggest brokerage has started offering subscriptions to a luxurious Italian food delivery service, where customers can use security tokens to buy and trade dishes as their value fluctuates.

An affiliate of Nomura Holdings Inc. on Wednesday began selling the tokens, that exist on the blockchain, for four high-end food parcels a year from Masayuki Okuda, an award-winning Japanese chef famous for using traditional local ingredients like olive-fed beef and zusayama chicory. Owners of the tokens will be able to trade them from next year under current plans.

The annual subscriptions cost 60,000 yen ($546), on top of an initial 3,000 yen membership purchase. Chef Okuda, who reportedly advised on a menu for a dinner at the Davos gathering of finance executives in 2012 and has two restaurants in Tokyo, will use pumpkins and other traditional ingredients grown in Hokkaido.

The industry for security tokens -- which give investors the rights to underlying assets -- remains nascent in Japan, though Nomura expects it to grow as the securities become more widely adopted. It’s an area of the booming market for digital assets that’s received criticism in recent years for its risks, while proponents say it offers companies the ability to raise money at low costs and easily track ownership in areas of the economy that would otherwise be off limits to certain investors.

Nomura is expanding the ibet platform, which it co-owns with other firms, with security tokens for assets such as corporate bonds and real estate also on offer in Japan. The brokerage aims to help grow the digital asset market in addition to creating business for local agricultural and fishery products, a spokesman said.