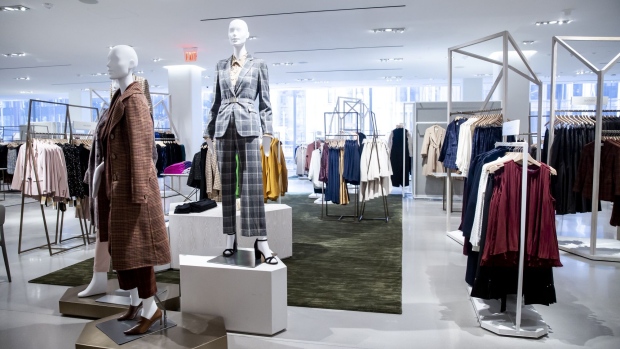 Clothing is displayed during a media preview at the Nordstrom Inc. store in New York, U.S., on Monday, Oct. 21, 2019. on Tuesday, Oct. 21, 2019. When Nordstrom inaugurates its much-hyped mega-store in a skyscraper overlooking Central Park this week, it will be the biggest new retail space the city has seen in over half a century. Photographer: Mark Abramson/Bloomberg , Bloomberg

Adjusted earnings per share were 34 cents U.S. for the third quarter ended Oct. 31, better than the 7-cent loss analysts had predicted on average, while the 16 per cent sales decline marked an improvement from the 53 per cent plunge reported the prior period. Income tax benefits from the CARES Act aided EPS by about 12 cents.