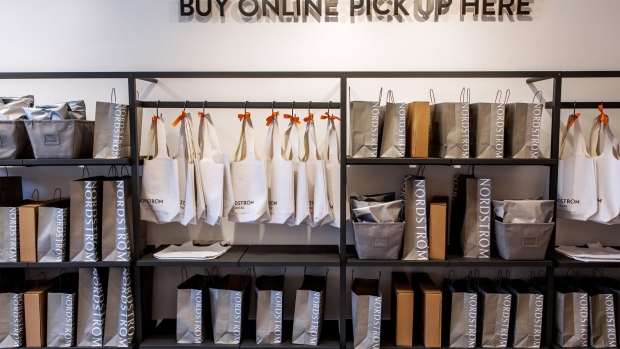 NEW YORK -- Upscale department store retailer Nordstrom reported Thursday that its sales plunged nearly 40 per cent in its fiscal first quarter when the pandemic forced a temporary shutdown of its stores.

The Seattle-based company, however, said it has improved its financial flexibility by reducing inventory by more than 25 per cent and has reduced the rate at which it is burning through cash by 40 per cent from March into April. Nordstrom announced earlier this month that it was closing 16 of its 116 full-scale department stores.

"We're entering the second quarter in a position of strength, adding to our confidence that we have sufficient liquidity to successfully execute our strategy in 2020 and over the longer term, " said CEO Erik Nordstrom.

Nordstrom, an anchor at malls, also sees that its future is not in traditional shopping centres. It says it plans to accelerate the expansion of its online and off-price business, which last year accounted for nearly 60 per cent of its total business.

Like many mall-based stores that were forced to temporarily shutter in mid-March, Nordstrom furloughed workers and tapped into credit lines to boost its cash reserves. Before the pandemic, many department stores were weakened because of a consumer shift to spending online. The crisis has put more in peril. J.C. Penney, Stage Stores Inc., and Neiman Marcus have filed for Chapter 11 bankruptcy protection. Nordstrom and other retailers are now starting to reopen their doors.

Nordstrom reported a fiscal first-quarter loss of US$521 million, after reporting a US$37-million profit in the same period a year earlier.

On a per-share basis, the Seattle-based company said it had a loss of US$3.33 in the latest period. Losses, adjusted for non-recurring costs, were US$2.23 per share.

The results fell short of Wall Street expectations. The average estimate of 10 analysts surveyed by Zacks Investment Research was for an adjusted loss of US$1.21 per share.

The department store operator posted revenue of US$2.03 billion in the period, also missing Street forecasts. Six analysts surveyed by Zacks expected US$2.25 billion. During the year-ago period, Nordstrom had sales of US$3.35 billion.

Nordstrom shares have fallen 56 per cent since the beginning of the year, while the Standard & Poor's 500 index has dropped six per cent.

The shares were little changed in after-market trading.