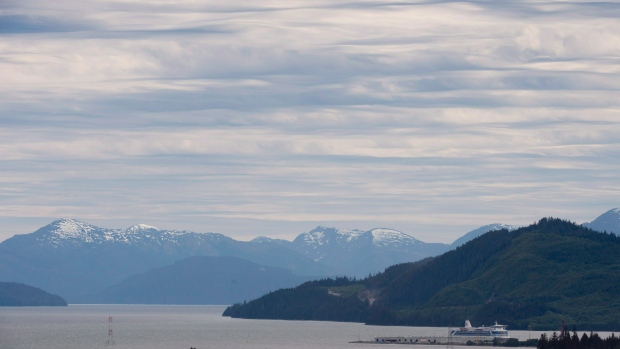 The view looking down the Douglas Channel from Kitimat, B.C., part of the proposed route for an oil pipeline in the Enbridge Northern Gateway project. , The Canadian Press

Prime Minister Justin Trudeau on Tuesday reiterated his opposition to the route of Enbridge Inc's (ENB.TO) Northern Gateway oil pipeline, casting further doubt on the prospects of a project fiercely opposed by environmentalists.

Canada's former Conservative government had approved Northern Gateway, which would carry oil from the Alberta oil sands to a port in British Columbia for export.

But Trudeau, elected last year, has said he opposed the pipeline. His Liberal government has promised a moratorium on oil tanker traffic along the coast of northern British Columbia, a policy seen making the pipeline unfeasible.

"On the Northern Gateway pipeline, I've said many times, the Great Bear Rainforest is no place for a crude oil pipeline," he told reporters in Montreal on Tuesday.

His comments come after a Canadian court last month overturned federal approval of the project, sending it back to Trudeau's cabinet to reconsider.

After the court decision, Calgary-based Enbridge had said that it remained "fully committed" to building the pipeline and that it was working with partners to determine the next steps.