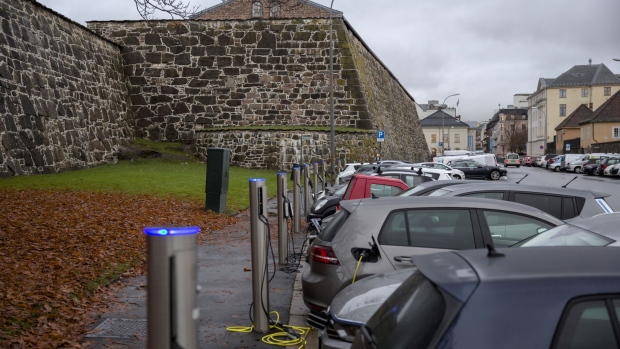 The government may propose a rule to limit exports if the water level for Norway’s hydro reservoirs drops to “very low” levels, to ensure security of supply, said Energy Minister Terje Aasland, according NTB newswire. The limit would take account of seasonality and would differ across the about 1,800 hydro reservoirs, he said.

Russia’s gas supply cuts in retaliation for European sanctions over the war in Ukraine have triggered the continent’s worst energy crisis in decades, with demand surging for cheap Norwegian hydro electricity. Yet the government faces increasing calls from the public and opposition to limit flows abroad. Prices are near record levels in some parts of the Nordic nation as hydro-reservoir levels have plunged in the south after a drier-than-normal spring.

The government has been under pressure to do something about exports since before April. Flows on the cables are regulated by deals with both the European Union and the UK and Norway can’t simply cut flows. It’s the latest test of European solidarity when it comes to energy supplies. Hungary is trying to ban energy exports after it declared an energy emergency.

Back in May, grid operator Statnett SF warned that Norway could face a strained power situation after less snowfall than usual during the winter. At the end of last week, the level of filling in Norwegian hydro reservoirs was 66.5%, compared with a median 74.9% for the corresponding time in 2002-2021, regulator NVE said. Day-ahead prices in southwest Norway soared to a record 423 euros per megawatt-hour late last month, partly due to bottlenecks in the grid limiting supply from the northern regions.

The grid operator has been asked to present by Oct. 1 possible measures that need to be taken to secure supply ahead of the winter. Statnett operates cables to the UK and Germany aimed at selling surplus electricity and would likely take a financial hit if curbs were introduced. “Operations of these will always follow current laws and regulations,” Irene Meldal, a company spokeswoman, said Friday by email.

Premier Jonas Gahr Store signaled his minority government will file proposals that also include more subsidies to families and companies during August, according to an interview with TV2 on Thursday. Meanwhile, opposition politicians plan to hold an extraordinary parliament meeting to discuss boosting the subsidies.

Aasland will summon the parties’ representatives to a meeting on Monday on the electricity crisis, the Aftenposten newspaper reported on Friday, without citing anyone. He intends to inform the parties about the ongoing work and aims to “avoid rushed decisions” by the parliamentary majority.

The nation gets almost all of its electricity from its vast hydro resources. Historically, it has been able to export a hefty surplus and still have among the lowest prices in Europe.

(Updates with comment from grid operator in sixth paragraph.)