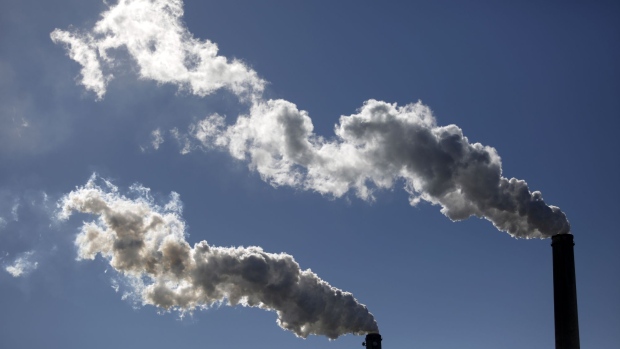 Plentiful reserves of fossil fuels and rich seams of valuable minerals are no guarantee of national health, wealth or happiness. The “resource curse” has blighted many countries: Venezuela and the Democratic Republic of Congo, for example, have suffered from years of graft, civil unrest and poverty.

After discovering oil in the 1960s, Norway has managed to escape these troubles. It allied fossil fuel extraction to a robust judicial system and political institutions, and created what is now the world’s largest  sovereign wealth fund. Norway has become Europe’s largest producer of oil and is home to some of the richest and happiest people in the world.

Now the country has the opportunity to use its position of strength to help the world fight climate change. In October, Norway’s lawmakers will decide whether to back a 25 billion kroner ($2.6 billion) project that would drastically cut emissions from a cement factory and a waste-to-energy power plant. The plan would involve capturing emissions from those two locations, loading the carbon dioxide on to a ship, transporting the compressed gas a few hundred miles to the country’s west coast, then burying it under the seabed.

A government-commissioned report found that the 25-year-long project would be more expensive than originally anticipated and benefits would come with “great uncertainty.” The government is to bear 80% of the cost. The rest will come from oil companies Equinor ASA, Total SA and Royal Dutch Shell Plc, experts in handling gases and drilling under the seabed. Many oil companies see scaling carbon capture and storage (CCS) technology as a future source of growth as the world looks to reach net-zero emissions.

Norway has been here before. In 1991, the country introduced a carbon tax for offshore oil drilling. That was one reason why Statoil (now Equinor) built some of the world’s first carbon capture plants aimed solely at reducing emissions. The millions of tons of carbon dioxide that these plants buried are monitored and expected to remain underground for many thousands of years.

Some view the latest project with skepticism. It comes less than a decade after the country scrapped a CCS project, dubbed Norway’s “moon landing” by former Prime Minister Jens Stoltenberg. That plan would have involved capturing emissions from a gas-power plant and a petroleum refinery, but its complexity was underestimated and costs eventually proved prohibitive.

This time might be different. Norway has two cement factories and some 20 waste-to-energy plants, which are expected to continue to operate for decades to come. Carbon capture is the only technology to cut emissions from these plants.

Olav Øye of Bellona Foundation, an environmental think tank, says the cost of the carbon dioxide captured by the project would be approximately $140 per metric ton. That’s about five times the current price of the EU permits for carbon emissions. That certainly makes it seem expensive, but it’s the wrong way to think about it, says Øye.

A sensible comparison is government funding for electric vehicles. By one estimate, Norwegian government subsidies for electric cars effectively cost the state about $1,350 per ton of carbon dioxide avoided (assuming a car has a 10-year life). In the transport sector the government is ready to bear higher costs because it doesn’t have a cheaper alternative—and the country is pushing to become carbon neutral as early as 2030. In March 2020, about 75% of all cars sold in Norway were plug-in electrics—the highest such share in any country.

“For Norway, CCS has never been considered as something socio-economically profitable,” Prime Minister Erna Solberg said in an interview on Friday. “The question in any event is: Does this provide the learning effect needed to give CCS the chance to be developed in the future, and will the fact that we develop this create the basis for other business activities?”

The $2.6 billion CCS project could lower the cost of the technology and open up a new business opportunity for Norway. As other European countries also look to the technology, the Norwegian shelf could become the place where the emissions are buried.

Akshat Rathi writes the Net Zero newsletter on the intersection of climate science and emission-free tech. You can email him with feedback.