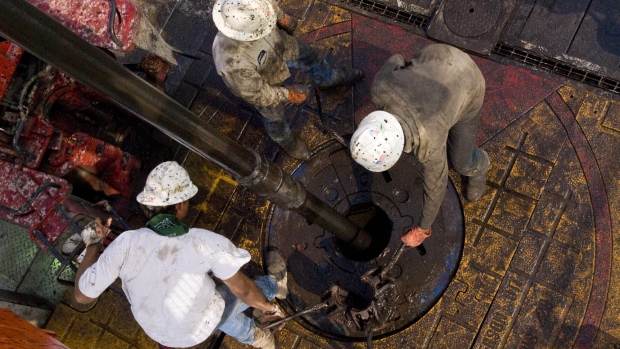 (Bloomberg) -- Equinor ASA is considering selling all or some of its operations in the Eagle Ford shale in the U.S., according to people familiar with the matter, as it focuses on other stateside prospects.

Norway’s biggest oil company has held talks with potential suitors for its stake in the Eagle Ford business, said one of the people, who asked to not be identified because the matter isn’t public. Equinor is open to selling it outright but is also considering seeking partners for the division as finding a buyer for its entire interest may be difficult, this person said.

Equinor, which was previously known as Statoil ASA, has been active in the Eagle Ford shale in south Texas since 2010, when it struck a $1.3 billion joint venture deal with Talisman Energy Inc. to develop fields there. Repsol bought Talisman in 2015, inheriting the partnership.

Stavanger-based Equinor had drilling rights on 71,000 net acres in the Eagle Ford at the end of 2018, according to its annual report. Equinor is the operator of the joint venture with Repsol and also owns a majority of the working interest, which means it oversees the drilling and pays for most of it too.

This isn’t the first time Equinor has considered exiting the Eagle Ford, where explorers have been scaling back because drilling can become unprofitable when oil prices slide. In 2014, Talisman and Equinor considered selling their joint venture, people familiar with the matter said at the time.

In the U.S., Equinor is chasing deals for natural gas-rich acreage to add to its large position in the Appalachian region, Al Cook, the company’s head of strategy, said in an interview this week at a conference in Houston.

Drilling rights in the booming Permian Basin of Texas and New Mexico where other big oil companies have been expanding has become “too expensive,” he said.

--With assistance from Charles Penty.

To contact the reporters on this story: Kiel Porter in New York at kporter17@bloomberg.net;Dinesh Nair in London at dnair5@bloomberg.net

To contact the editors responsible for this story: Elizabeth Fournier at efournier5@bloomberg.net, Matthew Monks