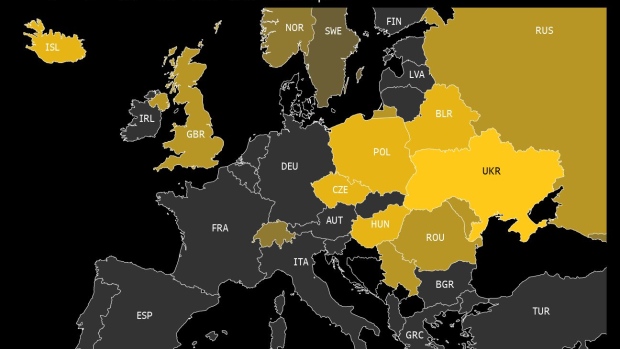 Norges Bank raised the benchmark deposit rate by 50 basis points to 1.25% on Thursday. The move, its fourth increase since the onset of the pandemic, met investors’ expectations but wasn’t anticipated by most economists surveyed by Bloomberg.

Officials led by Governor Ida Wolden Bache pledged to raise the rate by another quarter point in August, when they hold a so-called interim meeting that normally doesn’t involve a switch in policy, and to keep acting forcefully thereafter. They also lifted their forecasts for underlying consumer prices through 2025.

“In the Committee’s assessment, a markedly higher policy rate is needed to stabilize inflation around the target,” Norges Bank said in a statement. “Given a tight labour market, employment will likely remain high even with a higher policy rate ahead.”

The move aligns Norges Bank with the newly heightened aggression of global counterparts such as the US Federal Reserve, which last week raised its own rate by 75 basis points. While Norway’s central bank was the first among nations with the world’s 10 most-traded currencies to begin raising borrowing costs last year, it had also stuck with a measured approach until now.

“A hawkish surprise,” said Kristoffer Kjaer Lomholt, head of FX and corporate research at Danske Bank in Copenhagen. “They seem far less concerned about the global macro backdrop than what we expected.”

Norwegian officials are confronting the fastest inflation in 33 years and signs of labor shortages. Their decision shows a willingness to risk a more abrupt squeeze on consumers who are particularly sensitive to monetary-policy changes.

Household debt in Norway was equivalent to 247% of net disposable income in 2020, ahead of Denmark and the Netherlands, according to OECD data. Almost all borrowers’ loans adjust swiftly to rate increases. Officials acknowledged that they were watching for fallout.

“The rise in interest rates in Norway may also cool down the housing market and curb household consumption to a greater extent than expected,” they said. “If inflation and capacity utilization fall faster than projected, the policy rate may be raised less than currently projected.”

For now, Norges Bank has lifted its forecast for benchmark borrowing costs. The deposit rate will rise to around 3% in the second half of 2023, instead of 2.5% a year later.