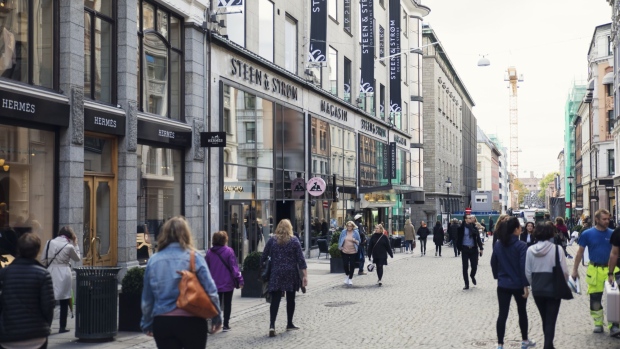 The drama surrounding the recruitment of a new chief executive for Norway’s US$1.1 trillion wealth fund escalated on Friday as the biggest group in parliament, the opposition Labor Party, came out against the appointment of hedge-fund manager Nicolai Tangen.

The announcement by Labor raises pressure on Finance Minister Jan Tore Sanner to act, though it’s not yet clear whether a majority in parliament will force his hand. The Conservative-led minority government has taken care not to voice a strong opinion on the choice of Tangen as CEO, but has been critical of the hiring process led by the central bank.

Tangen’s appointment isn’t compatible with the standards that should be required for a CEO of the wealth fund, Labor leader Jonas Gahr Store said in a statement. He added his voice to the criticism that’s been leveled at the central bank, pointing to the risk of conflicts of interest between Tangen’s new job and his continued ownership in AKO Capital LLP.

“This is a serious and important matter,” Store said. “Our position is that the finance minister must follow up the conclusions of the parliament majority.”

Tangen has reduced his stake in AKO to 43 per cent and put his holdings in a blind trust. He’s also said he wouldn’t have taken the job at the Norwegian wealth fund if he’d been forced to relinquish his ownership fully.

Parliament’s Finance Committee has until Aug. 21 to decide whether to get the finance minister involved, following a hearing earlier this week in which Norges Bank’s watchdog renewed its criticism of Governor Oystein Olsen’s handling of the appointment.

The Committee’s leader and senior Conservative, Mudassar Kapur, didn’t immediately reply to a phone call seeking comment. Norges Bank referred to Olsen’s comments during the hearing on Monday, in which he defended the appointment, and declined to comment further.

Tangen himself earlier on Friday referred all queries to Norges Bank.