EDMONTON -- Alberta Premier Rachel Notley says the province will buy the Trans Mountain oil pipeline project if that's what it takes to get it built.

"We are considering a number of financial options to ensure that the Trans Mountain expansion is built, up to and including purchasing the pipeline outright if were to come to that," Notley said in the statement Tuesday. "But it is not the only model we're considering.

"Obviously the best interest and outcomes for Albertans will be front and centre as we explore these options."

Notley said on the weekend that the province was looking at taking an equity stake in the line, but didn't talk about buying it completely.

In B.C. Tuesday, Premier John Horgan said Alberta can do what it wants within the province's own boundaries.

"The premier of Alberta is entitled to do whatever she wants within her borders," said Horgan. "If she wants to invest in a pipeline, that's her business.

"I would prefer she invest in refining capacity."

Notley was in Toronto, so deputy premier Sarah Hoffman faced questions in the legislature about details of the purchase plan.

"(This) is a good idea if there's a proper return on investment for Albertans," said Rick Fraser of the Alberta Party.

"The problem is we have no idea what the final price tag of that project is. How can your government commit to buying this pipeline when you don't know the full cost?"

"What we know is tens of thousands of jobs and millions of dollars are at stake if this project does not go forward," Hoffman replied.

The future of the line is now in question.

The pipeline builder, Kinder Morgan, announced it was scaling back on the federally approved $7.4-billion project because of opposition and delays from the B.C. government.

Ottawa approved the line in November 2016 but since then the project has faced court challenges and permit delays in B.C. Horgan has said the province is worried about the consequences of oil spills and the threat to the coastline.

Kinder Morgan has given the federal government until May 31 for concrete assurance the line will get built, and Notley has called on Prime Minister Justin Trudeau to take action.

The expansion would double the existing 1,150-km line and triple its capacity.

Notley has said the pipeline is critical to helping Canada's economy. Alberta's oil is fetching a discounted price in North America due to pipeline bottlenecks, among other factors.

Alberta also says it can get a better price for its product if it can get more of it to the coast and then on to overseas markets. 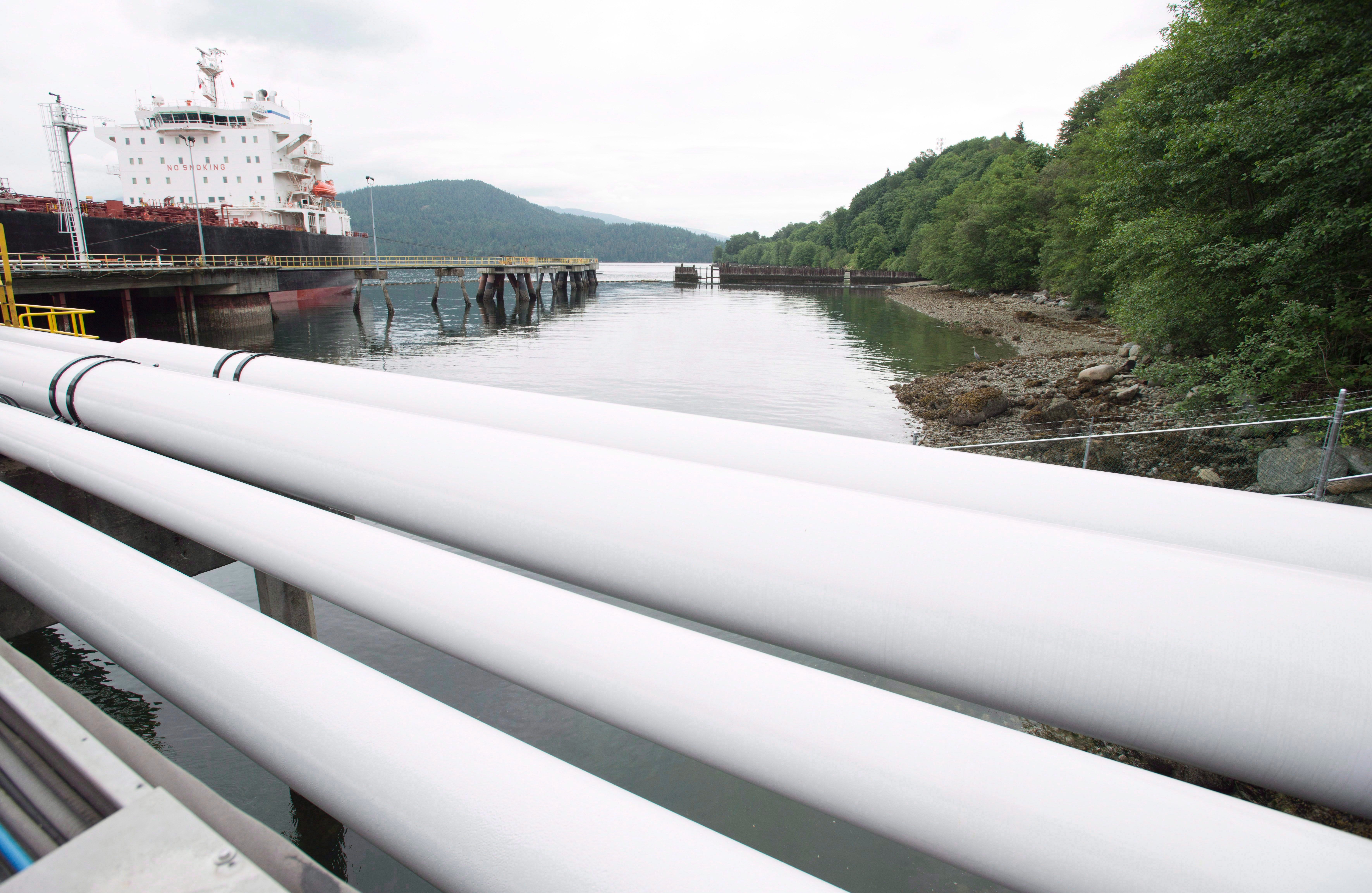