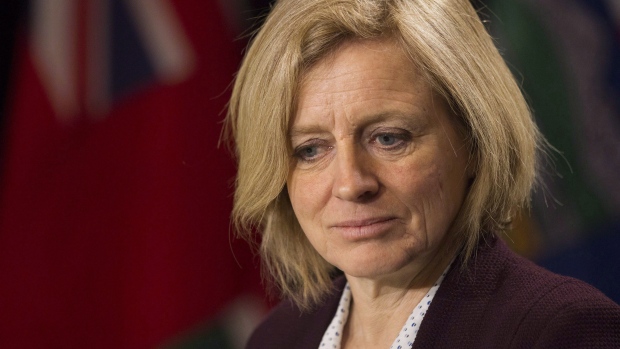 Alberta Premier Rachel Notley is “deeply disappointed” by TransCanada’s decision to pull the plug on the proposed Energy East pipeline – a project that would have created jobs and benefits across the country.

"This is an unfortunate outcome for Canadians,” said Notley in a statement. “We believe this nation-building project would have benefited all of Canada through new jobs, investment, energy security and the ability to displace oil being imported into Canada.”

TransCanada CEO Russ Girling said in a statement that the National Energy Board and Quebec will soon be informed that the company will not go forward with the application for the pipeline proposal that would have carried oil from Alberta to refineries in New Brunswick.

Notley says the decision puts new emphasis on the Trans Mountain pipeline project to British Columbia and called on the NEB to “send a clear message” on regulation for future energy infrastructure projects.

“Our government understands that deliberation on upstream emissions and land use integrity is important and must continue. Investors need confidence and we look forward to seeing that certainty in place soon,” she said.

“This decision highlights the importance of diversifying market access and the subsequent national priority that must be placed on the Trans Mountain expansion project."