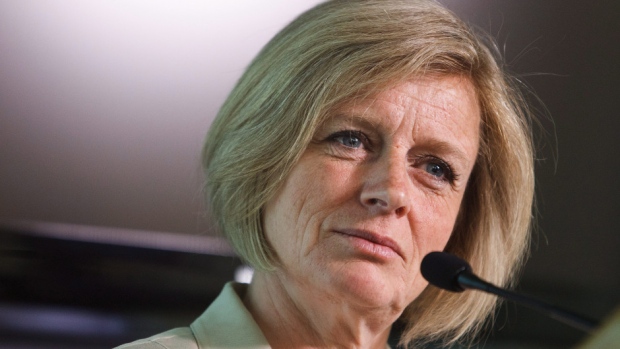 GUANGZHOU, China -- Alberta Premier Rachel Notley says U.S. President Donald Trump is likely to have some unhappy supporters south of the border if he goes after Canadian energy with trade sanctions.

Notley, who is on a trade mission in China, says she doesn't know what Trump was talking about last week when he lumped energy in with other trade irritants, including softwood lumber and dairy.

She notes that many of Trump's backers in need and want energy from north of the border, so Canada is likely to have a lot of allies.

Notley says there would be huge cost increases for a number of players in the U.S. should Trump slap a border adjustment tax on Canadian energy.

Canada has found itself in the crosshairs as Trump pushes for what he says will be "very big changes" to the North American Free Trade Agreement.

Trump is calling the deal a disaster and says he plans to get rid of it once and for all.