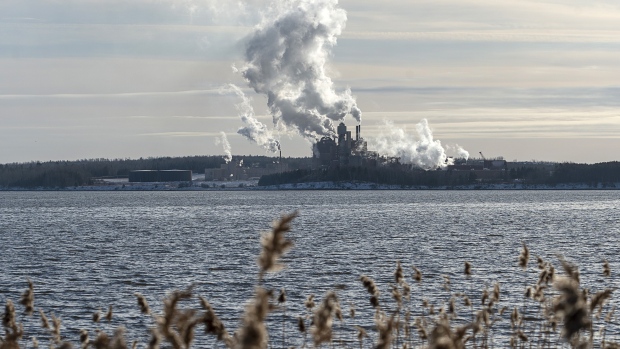 HALIFAX -- Nova Scotia's forest industry must look to investment and innovation in order to stabilize the sector in the wake of the Northern Pulp mill's closure, an executive with the province's only surviving paper mill said Wednesday.

Speaking to the industry's annual general meeting Wednesday, Allan Eddy, manager of business development at Port Hawkesbury Paper LP, said the closure of the mill in Pictou County was like a large wave hitting the sector.

Eddy likened the industry to a ship that's been struck down but has the ability to right itself.

"What's creating the ship's stability is the keel," he said, referring to the structure along a vessel's base. "In that context investment and innovation is what creates the keel for our sector and for our business ... and that's what gives us the ability to manage through the kinds of storms we are currently seeing."

He said Port Hawkesbury Paper is being driven by the low-carbon economy and constantly looking for ways to be more energy-efficient while developing new product lines in order to be competitive.

The mill produces glossy paper for flyers and magazines and has recently produced a new kind of coated paper to help it compete in the U.S. market, Eddy said.

He said it is also looking to create renewable fuels and fertilizer from the byproducts of its paper-making process. The mill is also looking to develop an eco-industrial park on its property where various businesses will be able to work in concert with the mill.

"You just can't try to sell the same thing forever," said Eddy. "If you are not constantly looking at your product base and seeing how you can upgrade it, you are eventually going to come to grief."

The Port Hawkesbury mill is taking in more wood chips from the province's sawmills since Northern Pulp's closure, but Eddy told reporters the company sees that as a short-term measure. He said his operation only uses about a third of the volume of wood used by the now-shuttered mill in Pictou County.

Northern Pulp took between 35 and 40 per cent of the pulpwood from the provincial market and more than 90 per cent of sawmill chips.

The mill closed last month and laid off just over 300 employees following the province's decision in December to enforce a legislated deadline for the closure of its effluent treatment lagoons near the Pictou Landing First Nation.

The province rejected the company's plan for a new treatment system that would see it pump treated effluent into the Northumberland Strait.

Northern Pulp has committed to continue with an environmental assessment process for a new treatment system ordered by the province, but the process could take up to two years to complete.