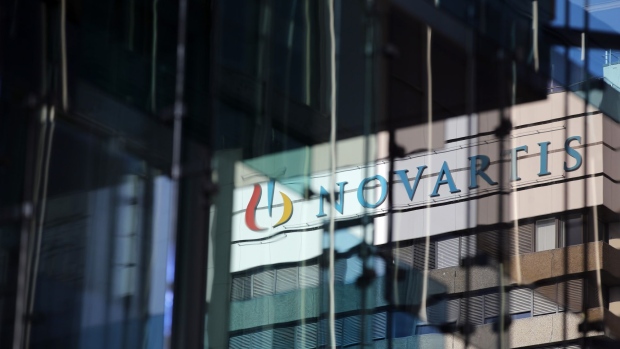 (Bloomberg) -- Novartis Pharmaceuticals Corp. agreed to pay $678 million to resolve a whistle-blower case accusing the company of paying kickbacks to thousands of doctors who prescribed its drugs and wooing them with lavish dinners and trips to Hooters, ending almost a decade of litigation.The U.S. sued the Swiss drugmaker in 2013, joining in a case filed two years earlier by a former sales representative who accused the company of using its speakers’ programs to bribe doctors to write prescriptions for its products. Novartis paid “exorbitant speaker fees to doctors who gave no meaningful presentations, and provided expensive meals and alcohol to doctor attendees and their guests,” federal prosecutors in Manhattan said in a statement Wednesday. The case had been set to go to trial last year before being delayed to allow settlement talks to play out.As part of the accord, Novartis will change how the company markets its drugs to doctors as part of a so-called “corporate integrity agreement,” the company said in a statement. The deal also resolved claims by the New York Attorney General’s Office over the kickbacks, designed to boost sales of the company’s cardiovascular and diabetes drugs reimbursed by federal health-care programs.

In a separate settlement, Novartis agreed to pay more than $51 million to end claims by prosecutors in Boston that it violated federal law by paying the Medicare co-pays for its own drugs to get patients covered by federal insurance programs to buy their drugs.

“Today’s settlements are consistent with Novartis’ commitment to resolve and learn from legacy compliance matters,” Vas Narasimhan, the company’s chief executive officer, said in the statement. “We are a different company today -- with new leadership, a stronger culture, and a more comprehensive commitment to ethics embedded at the heart of our company.”

The company announced June 25 it would pay about $347 million to resolve claims its units in Greece and Vietnam bribed doctors and hospitals to prescribe its products and created false records to cover the bribes.

In 2015, the company also paid $390 million to resolve federal prosecutors’ claims it gave kickbacks to U.S. specialty pharmacies in order to increase sales of its Exjade and Myfortic drugs. Exjade reduces iron levels in the body while Myfortic is an anti-rejection drug for kidney transplant recipients.

In the New York case, Novartis faced accusations it bribed thousands of doctors with sham speaking fees, fishing trips, dinners at high-end eateries, and even outings at Hooters restaurants to boost sales of hypertension drugs Lotrel and Valturna, along with the diabetes medication Starlix. The U.S. had once sought as much as $2 billion in damages, Bloomberg Intelligence analyst Holly Froum has estimated.

The government alleged Novartis used about 80,000 “sham events” to help its marketing efforts aimed at boosting prescriptions from 2002 to 2011. Among those events were a $10,000 dinner at Nobu, a high-end New York restaurant, and a promotional effort held on a fishing boat that didn’t have any educational materials on board, according to court filings.

Some doctors who wrote thousands of prescriptions for Novartis drugs raked in as much as $220,000 in so-called “honorariums,” according to court filings. Some speaker’s meetings only had one doctor in attendance for a dinner that cost $488 per person, the filings show. The company also shelled out for sporting events and wine tastings, according to the government’s filings.

“Giving these cash payments and other lavish goodies interferes with the duty of doctors to choose the best treatment for their patients and increases drug costs for everyone,” Manhattan Acting U.S. Attorney Audrey Strauss said in a statement.

In the Boston settlement, Novartis acknowledged using three charitable foundations to pay Medicare patients’ co-pays in violation of federal anti-kickback statutes. “As a result, the Novartis’ conduct was not charitable, but rather functioned as a kickback scheme that undermined the structure of the Medicare program and illegally subsidized the high costs of Novartis’ drugs at the expense of American taxpayers,” Andrew Lelling, the U.S. Attorney for Massachusetts, said in an emailed statement.