We're still seeing the effects of the COVID pandemic on businesses every day: Chief economist

The selloff in Novavax Inc. shares deepened on Tuesday, to erase US$17 billion in market value from last year’s record high, after the COVID-19 vaccine maker slashed its revenue guidance.

Novavax fell 30 per cent on Tuesday, the most since February 2019, after slashing its guidance and missing second-quarter estimates. The stock has fallen roughly 87 per cent from its February 2021 high amid regulatory delays and questions on demand for a vaccine that trailed competitors in reaching the market.

“Management once again frustrated us and investors as shipment delays pushed second-quarter revenues into the third-quarter,” Cowen analyst Georgi Yordanov said in a report. Yordanov, who has an outperform rating on the stock, still sees an opportunity for vaccine boosters. “Novavax has nearly reached a point to participate in – and capture – a small but meaningful share of the eventual future endemic market starting in 2023,” he said. 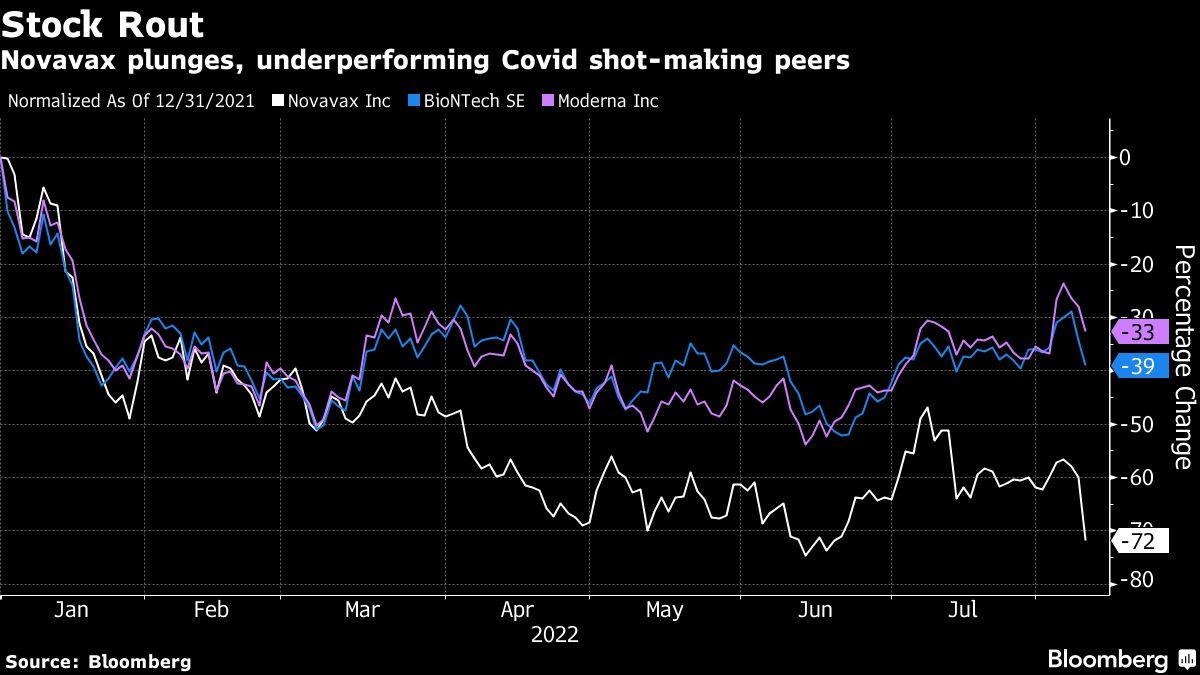 The biotechnology company, which soared by more than 2,700 per cent in 2020 amid optimism for its COVID vaccine candidate, has careened downward over the past 18 months as enthusiasm evaporated amid delays to a regulatory authorization. The jab finally got a nod for use in the US in July.

With the high-end of its outlook cut by more than half to US$2.3 billion from US$5 billion, guidance was “worse than previously feared,” said B. Riley analyst Mayank Mamtani. Although he sees buy-rated Novavax as still in the race for durable booster revenue.

The guidance change accounts “for several evolving market dynamics,” the company said in a statement. “We remain confident in our vaccine as a strong additional choice.”

Analysts remain broadly bullish on the stock despite the recent selloff. Novavax has five buy ratings, two holds and one sell, according to Bloomberg compiled data. At least three analysts lowered their price targets in the wake of the Monday evening report.

COVID shotmaking peers fell in the wake of Novavax’s report. Moderna, which also announced an agreement to change the timing of shot supplies to the European Union, fell 6.5 per cent. BioNTech SE declined 7.1 per cent, extending Monday’s slide after its second-quarter results also missed estimates. The group has been rocked this year following a 2021 rally, as investors question the path forward for more jabs.