Novel cannabinoids are the next wave in the rapidly evolving hemp sector - BNN Bloomberg
{{ currentBoardShortName }}
Markets
As of: {{timeStamp.date}}
{{timeStamp.time}} 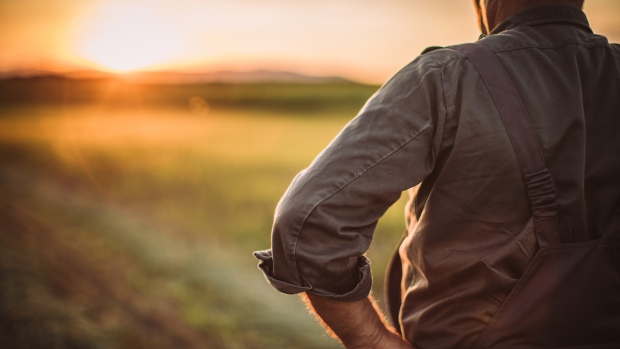 Hemptown USA is anticipating to yield more than a half million pounds of flower and biomass this 2019 harvest season. , Image courtesy of Market One Media

Often confused by individuals, marijuana and hemp are not the same plant, although to the eye, the two plants look very similar. Hemp has had a notable history in the United States, and in 1937, the Marihuana Tax Act caused the marijuana, hemp and cannabis industry to experience a significant decline, as sales of any of these products became subject to heavy taxation.

Despite this action, during the World War II years, at the U.S. government’s request, over 400,000 acres of hemp was grown for production of hemp rope fibers, and tax stamps were issued to farmers for this purpose. After 30 decades, this tax act was finally repealed in 1969, but the Controlled Substances Act of 1970 outlawed cannabis use altogether — even when it was used for medicinal purposes.

Years later, the marijuana legalization movement regained traction in the nineties, as several states began to introduce legislation allowing hemp cultivation for medicinal usage, opposing the federal ban. During the years following several states’ legalization, those in possession of or using “medical” marijuana could be subject to federal prosecution, despite the substance being legal in the particular state.

As a result, the variety of legal and practical roadblocks prevented farmers from planting hemp on any meaningful scale – until recently. In December 2018, the U.S. Farm Bill differentiated the marijuana and hemp plant, designating plants with less than 0.3 per cent THC as industrial hemp and declassified industrial hemp as a schedule 1 controlled substance. Federally legalized hemp and cultivation became legal in all 50 states, causing the crop plantings to explode.

Fueling much of this growth was hemp’s popularity across media outlets and in investment circles based on the opportunities presented by this legalization and broad usages of the hemp products. Despite this positive news, hemp’s novelty has warranted questions regarding its product efficacy, appropriate dosage and the product’s quality and safety.

But, one company breaking new ground on this issue is Hemptown USA. The company has carefully refined their techniques in order to grow, harvest and process hemp to ensure the quality of their finished products.

“We look to bring the safest and most reliable products to the marketplace; the consumer should have confidence that the label claims match the product inside.”

It all starts with genetics, which Hemptown has sourced from one of the industry’s recognized producers of specialized seeds, reducing THC content and emphasizing high concentrations of cannabinoids. Growing hemp requires considerable investment in irrigation and manual labor, versus pesticides in controlling weeds and other undesirable plant materials in the field during the growing season.

Harvesting also involves significant manual labor in the collection of valuable hemp flower, prior to the use of large, mechanized combines in harvesting of the plant material – referred to as biomass. Hemptown’s other specialized equipment includes machines that can dry 5,000 pounds of hemp an hour and cold storage facilities in which products can be stored for months without loss of potency.

Quality control in the processing of the biomass into refined oils, isolates and distillates is then carried out through a strategic partnering of one of the recognized processors in the industry – Elemental Processing. Consumer product development is created by Kirkman Labs, which Hemptown USA acquired in mid-2019. Through these combined processes, Hemptown USA has positioned itself as a well-established state-of-the-art operation and a natural choice for those seeking a quality, reliable and consistent product supply chain partner.

New cannabinoids are expanding the market

As hemp cultivation becomes more widespread, so too has its most well-known component — the non-psychoactive cannabinoid, CBD. A new era of CBD commoditization followed the Farm Bill, with a wide range of creative therapeutic products brought to market. Subsequently, the market has become more saturated and competitive than ever before. While CBD is a well-known compound found in hemp, it’s certainly not the only one of value. Hemp is comprised of over 110 cannabinoids, and research into their unique properties is still in its infancy.

CBG is a relatively new cannabinoid with great potential, and along with other cannabinoids such as CBC and CBDV, it will fuel dramatic market growth and create a myriad of new options for consumers.

Hemptown USA’s access to superior genetics yielding up to 15 per cent full-spectrum CBG has made the company a true pioneer in the cannabinoid space. In 2019, one-third of Hemptown USA’s crop will be high CBG, full-spectrum hemp. According to Rod Wolterman, Chairman of Hemptown USA, “More cannabinoids mean more products, more solutions, and better designed formulations for specific ailments. Companies focused on these alternative compounds are going to lead the industry. These companies are going to have a much larger consumer base.”

As the public’s perception of hemp and cannabis shifts further towards the plant’s therapeutic potential, an entirely new sector focused on nutraceutical and consumer products has emerged. Major brands including CVS and Walgreens have already begun stocking products on their shelves.

Hemptown USA has just harvested over 500 acres of rare, high-CBG genetics, positioning themselves to be one of the largest producers in North America. “This year is the first year that a CBG genetic was made available commercially to the market,” Wolterman explains. “Our genetics company, Oregon CBD Seeds, has produced a significant CBG-dominant strain.”

In addition to Oregon, the company has applied its systems to an additional 1,000 acres in Kentucky and Colorado, where the soil conditions and microclimate are ideal for growing premium genetics.

With a relatively young industry like hemp and cannabis, markets change incredibly fast, and Hemptown USA is looking well ahead to this evolution. CBG may be the next big thing, but there are many other cannabinoids to explore that possess exciting possibilities. “We’ll always be one cannabinoid ahead of the market,” says Wolterman, describing his company’s plans to set industry trends through strategic research and development.

Looking forward, Hemptown USA is set to see substantial gross profit margins. Through their relationship with one of the world’s top genetics companies, Hemptown is prioritizing innovation, branching out into other cannabinoids as they stay ahead of their subsequent commoditization.

In addition to shaping the future of hemp cultivation and processing, premium genetics increase profit margins, adapting to the price compression and commoditization that will occur as the market matures. The market saturation seen with CBD will inevitably occur for other cannabinoids as consumer appetite grows for their therapeutic potential. However, it appears that Hemptown USA is incredibly well-positioned to become an industry leader for these novel cannabinoids.

But is the company getting too far ahead of the market? The answer is no. Much like in the fast fashion industry, trends are meant to be set by industry leaders, and this is what Hemptown is doing. Though CBG isn’t quite as popular of a cannabinoid now, it certainly will be soon, and that’s what many can look forward to.

For more information about CBG and some of the research behind it, visit hemptownusa.com/cbg