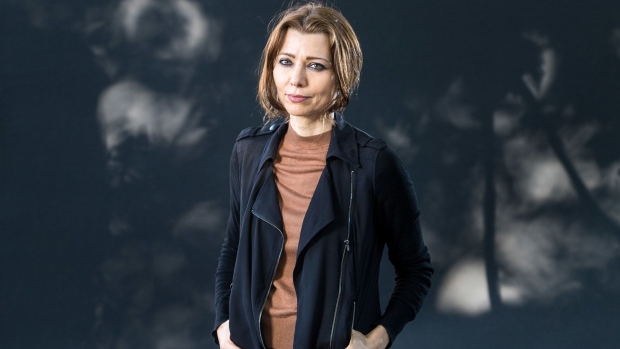 (Bloomberg) -- For award-winning novelist Elif Shafak, there’s nothing fictional about the growth of femicide.

The writer of 19 books -- including her most recent “The Island of Missing Trees” -- says the Covid-19 pandemic has triggered an explosion of violence against women. And much of it is being exacerbated by social media, where women in the public eye have become easy targets for misogynists.

“We need to use the word femicide,” Shafak said in an interview for Bloomberg Quicktake’s “Emma Barnett Meets” to be aired Jan. 20. “We have seen an increase in domestic violence all across the world.”

Shafak, a native of Turkey, says there are few places where the discussion is more urgently needed than in her homeland, which withdrew last year from an international convention designed to prevent violence against women.

Once put on trial there for her 2006 novel “The Bastard of Istanbul,” Shafak remains a controversial figure in Turkey, and now resides in the U.K.

In the interview recorded Dec. 15, she discusses official Turkish attitudes to her writing, the inspiration behind her latest novel, her sexuality and her surprising love of heavy-metal music.

The following are excerpts:

“We have seen an escalation in cases of femicide in Turkey, and there are so many other stories that go uninvestigated. For instance, where there are suspicious suicides, are they really suicides? This is an urgent issue for women and children and minorities in Turkey.”

“But instead of changing the laws and implementing the Istanbul Convention... what the government did was the exact opposite. And ever since, women have been bravely on the streets protesting.”

“When you look at academia, media, medicine, you will find (women) everywhere -- except in one field, where there are very few women, and that’s politics. So the ones who are making the decisions are usually very patriarchal, conservative men in Turkey.”

“We need to use the word femicide. We need to use the word misogyny, but also we need to understand that hate speech directed against women is a crime and it leads to other crimes. And I don’t think I have to mention social media alongside the role of media in which unfortunately, it’s always women who are put under the magnifying glass. What was she wearing? What was she doing at that hour of the night? We start questioning women. This narrative has to change.”

“We also need to understand, unfortunately, with the pandemic, we have seen an increase in domestic violence all across the world. There was a recent report that showed in over 40 countries, the amount of abuse that women journalists, women politicians, any woman in the public space, have been receiving has escalated. Tech companies also need to wake up to the fact that this is hate speech we’re talking about.”

“I’ve been wanting to write about Cyprus for a very long time, which is... where the book partly takes place. It’s a beautiful island with beautiful people, north and south. But at the same time, it’s difficult story to tell. As you know, there’s a frontier partition line that literally separates Christians from Muslims, Greek Cypriots from Turkish Cypriots. So depending on whom you talk to, north or south, there are clashing memories and there are wounds” that are “unhealed.”

“I couldn’t find the gate into the story. Only when I found the voice of the fig tree, it allowed me to separate myself from these nationalistic boxes and take another look. And then I felt more free to tell this story.”

“I love heavy metal. I always loved heavy metal. Since my youth. People don’t expect a middle-aged Turkish woman to love heavy metal, but I do, particularly the sub-genres like industrial metal, gothic, more, metalcore, Viking. Scandinavian as well.”

“Unfortunately again, from my motherland, the level of shaming, ridicule, hate speech, verbal abuse has been awful. but I was ready to weather that storm. And I wish I had had the courage to come out earlier, even though it’s very visible in my writing. Even though I’ve always been very vocal about my support for LGBTQ+ rights, I never had the courage to say this is also my story.”

“But with regards to feedback -- the comments coming from listeners or readers from other parts of the world -- it has been incredibly heartwarming. And also from my motherland -- I need to add this -- from families, particularly of children who are LGBTQ themselves or, both young and older generations, that have been very heartwarming and very moving letters, quietly whispering words of support. But I had to go through a lot of abuse.”