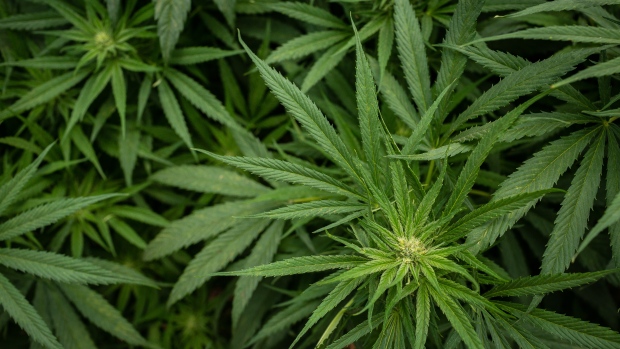 Used to be, companies needed sober-minded business propositions to get investors hooked on their shares. Like blockchain.

Now, apparently, it takes a fleeting mention of anything having to do with marijuana. Case in point: New Age Beverages Corp., which surged as much as 45 per cent Wednesday merely for saying it tested a cannabis-infused beverage in Colorado.

At the Liolios Gateway Conference in San Francisco, New Age, which began the day worth US$79.9 million, showed a slide reviewing its last six months that read, “Tested CBD Beverage in CO.” CBD is a reference to cannabidiol, a cannabis compound. The company’s market cap at the close: US$94.4 million.

“We are gauging receptivity here in the local market to have the understanding of how consumers are responding before launching anything nationally,” Jay Barrow, head of marketing at New Age, said in a phone interview after the presentation. “It is still a little bit of a touchy space, as you can imagine,” he said. “There’s still a little bit of evolution that the consumers need to go through to register what CBD is and how it is different from marijuana.”

Whatever the project’s merits, the impact in the market is a little reminiscent of a period earlier in the year when companies like Tulip BioMed and Long Island Ice Tea Corp. added crypto references to their names and saw their stocks to take off. This hasn’t helped longer term: both Long Island Blockchain Corp. and Bitcoin Services Inc. (as Tulip BioMed is known these days) are down at least 76 percent this year.

New Age, hovering around US$1.60 until about 3:30 p.m., rose as high as US$2.40 over eight minutes. The company, which says on its website it believes “businesses have a responsibility to function as agents of change on a global scale,” traded as high as US$6.72 last year. Its existing products include protein-enhanced coconut water, teas and energy drinks.