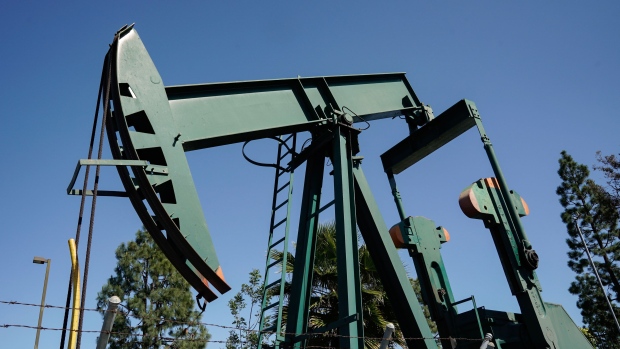 CALGARY - The acquisition of a 17.6 per cent stake in Calgary oil and gas producer NuVista Energy Ltd. by rival Paramount Resources Ltd. is part of a trend toward “forced” consolidation in the troubled Canadian energy sector, analysts say.

Shares in NuVista jumped by as much as 18.7 per cent to 76 cents in early Toronto Stock Exchange trading on Thursday after Paramount revealed it may buy more stock or make a takeover bid for the slightly smaller intermediate producer. They closed at 68 cents, up four cents or 6.2 per cent.

“What we're seeing now is some forced M&A, if you want to call it that, where companies are being aggressive,” said analyst Jordan McNiven of Tudor Pickering Holt & Co.

He compared Paramount's market move on NuVista to Obsidian Energy Ltd.'s takeover bid for Bonterra Energy Corp., initially signalled by making public a letter to the CEO. Later, Bonterra made official its hostile offer of two Obsidian shares for each Bonterra share.

The stock market's disdain for oil and gas investments is illustrated by the S&P/TSX Capped Energy Index, which has fallen by 54 per cent from Dec. 31 as oil prices tumbled during a global price war and the COVID-19 pandemic, and have only partly recovered.