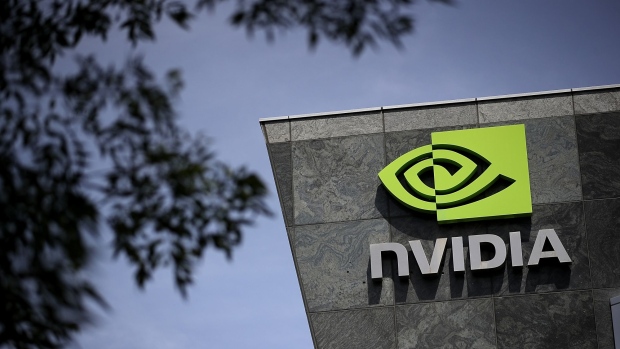 (Bloomberg) -- Nvidia Corp. is nearing a deal to acquire SoftBank Group Corp.’s chipmaker Arm Ltd., according to people familiar with the matter, an acquisition that would extend its reach into mobile devices.

A transaction could be announced as soon as next week, said the people, who asked not to be identified as the details aren’t public. The companies have been discussing a deal that would value Arm at about $40 billion in cash and stock, two of the people said.

No deal has yet been reached and talks may still fall apart, they said. Bloomberg News reported July 31 that Nvidia was in advanced talks to buy Arm and was the only suitor for the Cambridge, England-based company. The Wall Street Journal reported Saturday that a deal worth more than $40 billion could be sealed early next week.

A deal for Arm could be the largest ever in the semiconductor industry, which has been consolidating in recent years as companies seek to diversify and add scale. Still, any agreement is likely to attract fierce regulatory scrutiny, and potential complaints from rivals of Arm, such as Samsung Electronics Co., Apple Inc., Qualcomm Inc., Broadcom Inc., Intel Corp. and Huawei Technologies Co., which license its designs or code for their own products.

While Arm has carved out a successful niche for itself by being independent, an acquisition by Nvidia, also a licensee, would be a challenge to that neutrality. SoftBank’s purchase went ahead largely uncontested because the Japanese company wasn’t a competitor to any of Arm’s customers.